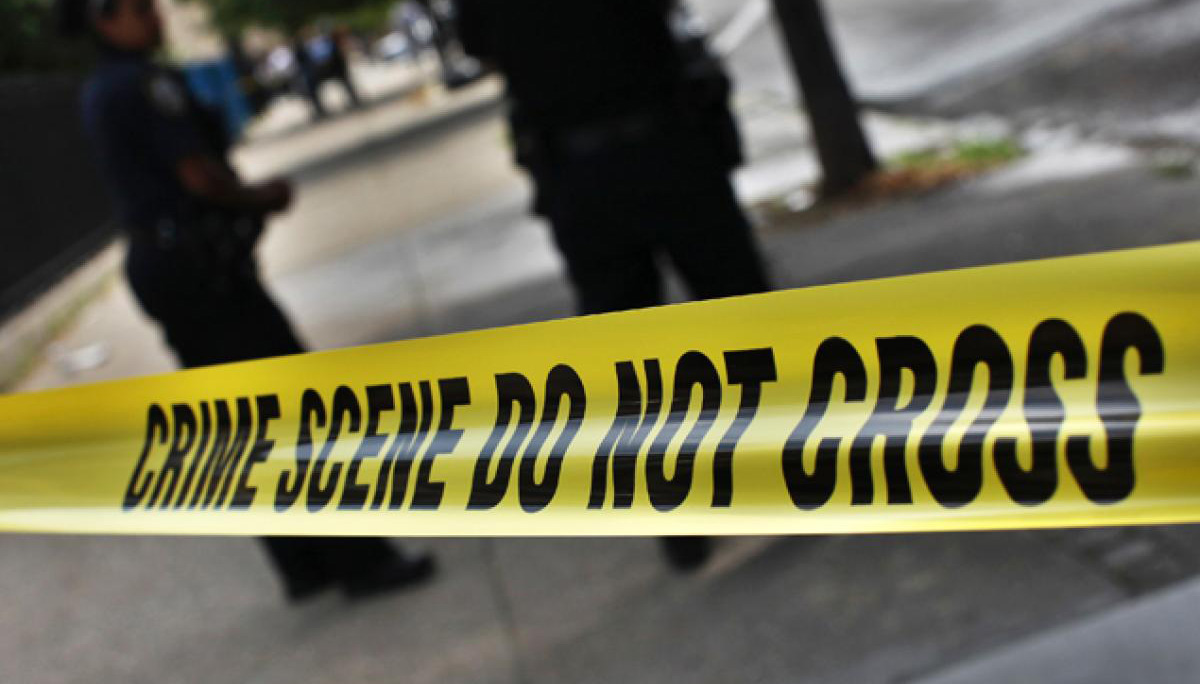 I recently came across a post from CBS News called Murder map: Deadliest U.S. Cities in which they present the murder rates in 61 cities and major urban centers across the U.S. for the first half of 2017.

After scrolling through the list I got curious about the political make-up of the cities on the list. I didn’t have time to research all 61 cities, so I concentrated on the top 20.  The recent murder rates in these cities would obviously not be a byproduct solely of the current administration in power, so I also looked at the political landscape in the years that led up to the current murder rates. The results surprised me.

Below is the raw data I collected: 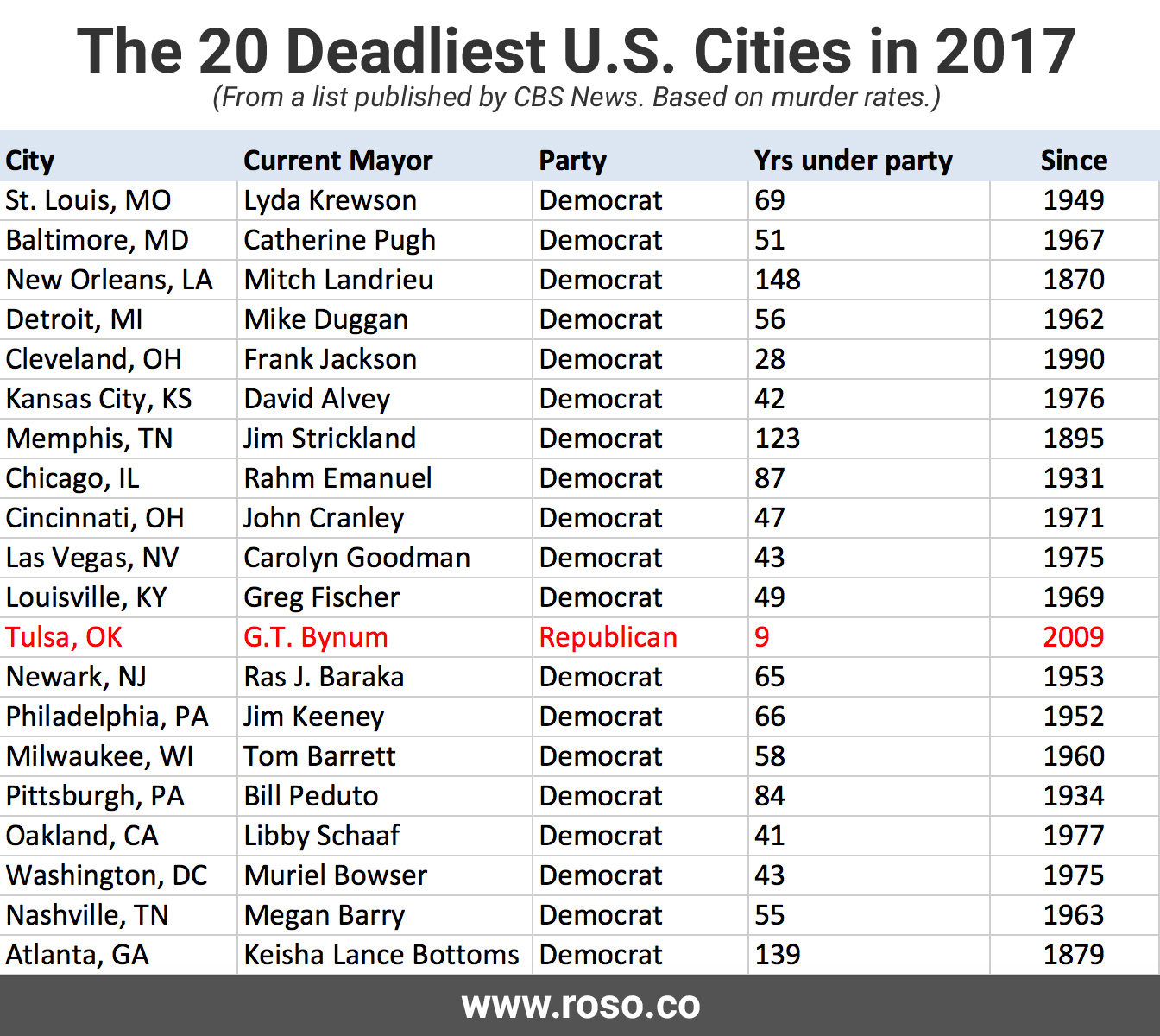 Correlation Is Not Causation

An obvious and expected response to these numbers, especially by those sympathetic to the Democratic party, is that correlation does not imply causation. And I agree with that premise. Logically speaking, the fact that 19 of the 20 deadliest U.S. cities have been under Democratic rule for decades does not necessarily mean that the cause of the high murder rates is Democratic rule. And at the same time, it doesn’t necessarily mean they are unrelated, either. If there were absolutely no causal relationship between political party and murder rates we would expect to see much more variation in the political administrations of these cities. Yet, this data shows that 95% of the 20 most dangerous cities have been under Democratic rule for decades. If there were no causal relationship we would expect (a.) the breakdown between political party to be ~50%, statistically speaking, and/or (b.) the tenure of any one political party to be much shorter.

Murder/violence/crime rates are obviously multivariate issues and the cause cannot be laid at the feet of any one factor. But this data clearly shows that one of the variables in question is, indeed, political party. While the axiom correlation does not necessarily imply causation is technically true, it should not be used in a vacuum. Correlation is a necessary precondition for causation, and in this data, we see an awfully strong correlation. So it would be disingenuous to dismiss it out of hand.

0 thoughts on “Murders: The Raw Data”