Author Christopher Hitchens was brilliant with a turn of phrase. In that sense, I often think of him as the C. S. Lewis of antitheism; charming, clever, intelligent, well-read, British. He had a way of phrasing his arguments so that his point seemed like the only logical position one could possibly hold on the matter. But on closer examination, I have been finding that his thinking on religion was weighed down so heavily by presuppositions, personal biases, and emotion that his conclusions were often erroneous; sometimes even nonsensical. Rather than thoughtful and measured, Hitchens’ comments often come across as the visceral objections of a man who has been personally offended by God, especially when you hear him speak.

In his book God is Not Great, Christopher Hitchens penned this now-famous quote:

“Human decency is not derived from religion. It precedes it.”
—Christopher Hitchens

The statement sounds so pithy and intelligent that its conclusion seems inescapable. But I began to wonder what it really means. What point is Hitchens trying to make and does it hold water?  As it turns out, this statement is actually in agreement with what Christianity teaches, which is obviously not what Hitchens was trying to get at when he penned it! So I want to be careful to accurately capture what he meant and not put words in his mouth or set up a straw man argument for myself. Clarity requires well-defined terms and in this case, the specific terms that need defining are decency and religion.

I’ll start with decency, which the Oxford online dictionary defines as follows:

When Hitchens uses the phrase “human decency” he is obviously referring to moral behavior under the first definition above. He’s saying that a human being’s ability to behave morally and recognize right from wrong is not derived from religion. Rather, one’s ability to be a decent person precedes one’s exposure to religious teaching.

This brings us to the notion of “religion”, which the Oxford dictionary defines as:

We know from his voluminous writing on the topic that Hitchens believed all religion was man-made. So whenever he uses the term “religion” it’s reasonable to conclude that he is referring to a man-made system of faith and worship. Using these definitions we see that Hitchens’ statement could be taken one of two ways. He could be commenting on the development of morality in an individual’s life or on the development of morality in mankind as a species of mammals. Therefore, his statement could be summarized in one of the following ways:

I believe Hitchens’ statement could be taken either way and still maintain the integrity of his intended point. And as it turns out, whichever meaning you attach to it, what he is claiming is actually quite biblical.

If we take it as a comment on the development of individual morality, he is echoing the teaching of the Bible. Scripture tells us in several places that God has written His law on the hearts of men (Jer 31:33, Rom 2:15, Heb 10:16). In other words, we inherently know right from wrong because moral knowledge has been “baked into” our very nature as human beings. A human being does not need to know about God or even believe He exists in order to perceive the difference between right and wrong. So the Christian can agree with Hitchens that our ability as individuals to behave in moral ways precedes our cognitive exposure to religious teachings and is, therefore, not derived from it.

On the other hand, if we take Hitchens’ quote as a historical comment on mankind as a species, it is still in agreement with the Bible. Adam & Eve knew right from wrong, knew God, and were in a relationship with Him long before any sort of man-made system of belief was developed (Gen 2). So here as well the Christian can agree with Hitchens that morality preceded religion and was not derived from it.

The reason Hitchens’ statement falls short of what he intended it to say is that he has conflated religion with God. (A common tendency of his.) While the two are very closely related, they are not the same thing; one can exist without the other. Religion without God exists in many forms including Buddhism, atheism, materialism, and scientism. These are all systems of faith that do not recognize the existence of God. On the other hand, God without religion would be (quite literally) Heaven—pure relationship and worship of God with no man-made dogma to sully it.

So it turns out that Christians and Hitchens share the belief that human decency is inherent to humans and does not require prior religious instruction. Said another way, objective morality exists. And as I’ve written about in a number of previous articles, objective morality is strong evidence for the existence of God.

Hitchens is right when he claims religion is man-made, but it doesn’t follow that, therefore, God is man-made. Math, science, and philosophy are all man-made domains as well. But that doesn’t mean numbers, the physical universe and ideas don’t exist.

It should come as no surprise that our religion (like our math, science, and philosophy) can sometimes be defective, misleading, or patently false. 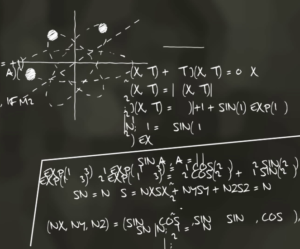 From the blog series: “Unhitched – Analyzing the Thoughts of Christopher Hitchens”