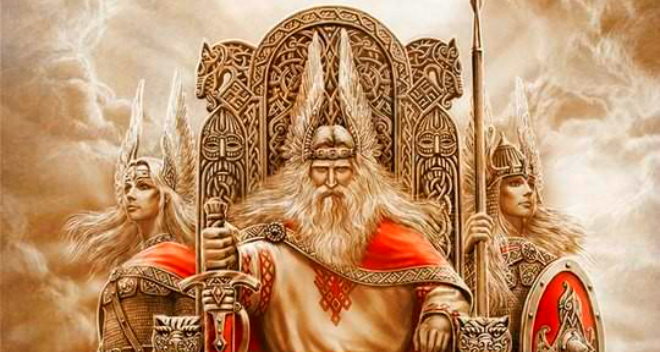 One of the most common accusations leveled against me by my favorite Twitter atheist, whom I only know by the pseudonym “Thomas Doubtmoore”, is that I am not qualified to determine the veracity of my own faith. Mr. Doubtmoore has sent me several dozen tweets in which he points to the history of religion and pagan mythology that predates Jesus by millennia as the true source of the Christian faith, claiming mankind made it all up. To wit:

@tempusviators As I have told him, he’s not qualified to determine the veracity of his faith. Too much missing info @roso_creative

@roso_creative And why did they make Jesus birthday and Easter when it is? Because you believe in a Pagan(ized) religion @devilsfunnybone

I would, of course, be a fool to deny the similarities between man-made myths and the claims of the Christian faith. Even revered Christian author C.S. Lewis admits that Christian Theology “certainly contains elements similar to those which we find in many early, and even savage religions.” While the similarities are not in dispute, the nature of those similarities is a bit more complicated. And beyond that, their value as evidence in Mr. Doutbmoore’s anti-Christian line of argument turns out to be surprisingly low.

I say this for two reasons.

First, because of the biased inference on which Mr. Doubtmoore’s argument is based. Namely, the inference that, because some early human beliefs have been determined to be mythology, all early human beliefs must be mythological. For example, consider the Norse god Baldur who, like Jesus, died and came back from the dead. The story of Baldur pre-dates Christ by 700+ years and is now understood to be ancient mythology. Because of this fact Mr. Doubtmoore wants to infer that the death and resurrection of Christ must also be ancient mythology. The problem with this inference is that he starts with the presupposition “both are mythological” and from there argues, “therefore both are false”. However, the mythological categorization now given to the story of Baldur is due to mankind coming to disbelieve in him, while the opposite is true of Jesus. Modern mankind retains its belief in Christ, and in fact, is coming to believe in Him in record numbers. Thus, I would submit that personal disbelief is the real starting point of Mr. Doubtmoore’s argument, rather than perceived mythological similarities.

But let’s move on to my second reason and tackle the larger question of whether or not Christianity can be proven false by the occurrence of similar ideas in pre-Christian myths and religions. I believe when we look at the similarities we will find they are ultimately ineffectual when claimed as evidence either for or against the truth of Christianity.

In order for any belief system to be true, is it necessary for it to avoid all similarity and coincidence with every other belief system? Of course not! Under that reasoning, the only way for Christianity to be true would be for every other religion to be 100% false, which is not something Christianity claims, nor logic dictates. In the words of Professor H. H. Price, “From these resemblances you may conclude not ‘so much the worse for Christians’ but ‘so much the better for the Pagans.’”

If we look at the similarities between Christianity and pre-Christian mythology by starting with Mr. Doubtmoore’s assumption that Christianity is false we find that, in fact, the resemblances are quite consistent with his assumption. It stands to reason that ancient, pre-scientific man, spanning across multiple cultures and civilizations, all interfacing with the same universe, would arrive at similar stories to explain it’s origins and meaning.

However, if we look at those same similarities by starting with the assumption that Christianity is true, they fit equally well. Christianity teaches that there is a divine awareness given to all men. (Ecclesiastes 3:11, Romans 1:20, John 1:9). In fact, if Christianity were true we would expect to find evidence of a common divine awareness in the minds of ancient myth-makers, and we’d certainly not be surprised to find a recurring dying-and-rising religious motif running through human history. After all, the ideas of incarnation, death and rebirth are part of the transcendent theme we Christians believe to be at the very foundation of the universe.

The pre-Christian myths are about someone dying and rising, either annually (Ishtar, Persephone, etc.) or in places and times unknown (Osiris, Adonis, etc.). The Christian story is about a specific historical person, Jesus of Nazareth, whose execution happened sometime between 30–33 AD under the fifth prefect of the Roman province of Judaea. Yet, unlike the gods of mythology, the society founded by Jesus has been in a continuous relationship with Him from His death 2,000 years ago through today. So the similarities between ancient myths and the Christian story do not equate to a difference between falsehood and truth. They are more like the difference between vague intuitions of a story and an actual story that unfolded in the reality of human history.

Here C.S. Lewis explains it beautifully. “It is like watching something come gradually into focus; first it hangs in the clouds of myth and ritual, vast and vague, then it condenses, grows hard and in a sense small, as a historical event in first century Palestine. This gradual focusing goes on even inside the Christian tradition itself. The earliest stratum of the Old Testament contains many truths in a form which I take to be legendary, or even mythical—hanging in the clouds, but gradually the truth condenses, becomes more and more historical. From things like Noah’s Ark or the sun standing still upon Ajalon, you come down to the court memoirs of King David. Finally you reach the New Testament and history reigns supreme, and the Truth is incarnate.”

Imagine a cosmic entity that is everywhere and has always been, the Creator of all things, infinite and celestial, becoming dimensional and finite, reduced to the size of a human man hanging from a tree on a mount called Golgatha. This is what Lewis referred to as the “humiliation of myth into fact, of God into Man.”

Therefore, in summary, arguments based on similarities between Christian stories and pagan mythology can be used with equal success either for or against the truth of Christianity. As such, Mr. Doubtmoore may be chagrined to learn they are ultimately unsalable as evidence in support of his claims.

P.S. I need to acknowledge a generous debt to C.S. Lewis. All the big concepts expressed in this article came from his mind, not mine, and can be found in a lecture he gave called “Is Theology Poetry?”.