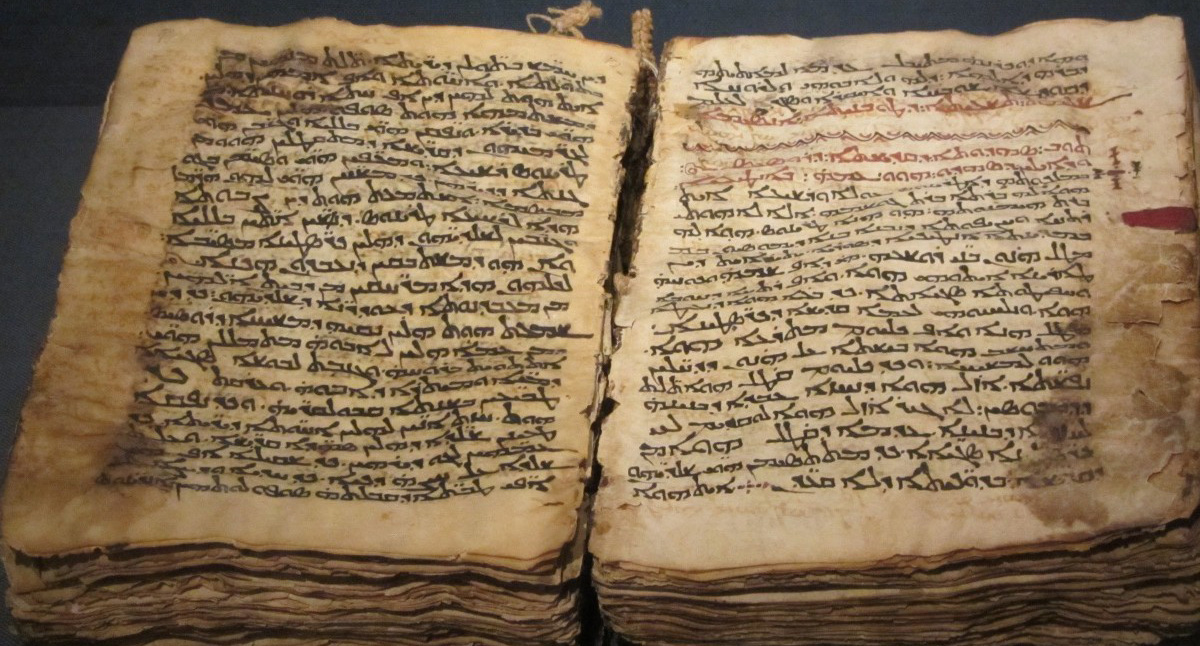 Look, I get it. There are a growing number of Christians who love Jesus and do not want to give Him up, but they are also uncomfortable with some of the teachings of what we might call “mainstream Christianity.” Especially those teachings that challenge the big issues we have to wrestle with today. Things like social justice, gender quality, women’s issues, and sexual issues like LGBTQ+.

There’s a tension there, especially for those who care deeply about these issues and want to be right with God. I feel the tension, too. And it raises a legitimate question: How do we balance our faith and our love of Jesus with these other important issues?

One approach currently growing in popularity is to retain the Bible as an authority but reject the belief that it is inerrant. This gives us some wiggle room to hold on to both Jesus and our social positions. Rejecting the inerrancy of the Bible can help to resolve a number of thorny moral issues. We can, for example, conclude that the teachings found in Scripture against homosexual behavior are outdated, ancient notions that are no longer appropriate. (See my LGBTQ+ sensitivity statement.)

However, rejecting the inerrancy of Scripture also introduces some very tricky complications. At first glance, rejecting inerrancy seems to allow us to cut off those old, dead branches from Christian teaching that are no longer bearing fruit. But in reality, we end up sawing through the very branch that holds up our faith. Let me explain what I mean.

What is Biblical Inerrancy?

Biblical Inerrancy is simply the teaching that the Bible is without fault or error in everything that it teaches or affirms.

This is, by nature, a binary issue. The Bible is either inerrant or it is not. It cannot be “partially inerrant,” since that would be the same thing as being errant. The 1978 Chicago Statement on Biblical Inerrancy captures the mainstream Christian position on this issue. For our purposes, here’s a simple definition of the two possible positions:

Let’s take a brief look at four aspects of this issue.

“God is inerrant but the Bible is not.”

The progressive Christians that I have read or spoken with all subscribe to the idea that God is inerrant, but the Bible is not. That seems reasonable on the surface. But it opens up the proverbial can of worms.

If God is without error, was it His intention to give us a set of writings that He knows contains errors? Was God unable to use human authors to successfully communicate His truths inerrantly? Or maybe the Bible was an entirely human idea that God did not intend we should have created? If that’s the case, what can we as Christians know about God apart from Scripture?

In Romans 1, Paul teaches that we can know some things about God from His creation. This is what theologians call general revelation. From the “book of nature” alone we can learn that God is powerful, creative, intelligent, majestic, and so on. But does the “book of nature” reveal to us a God who is loving and merciful? If we only study nature, we might come to the opposite conclusion. The world can be a violent and unfair and unforgiving place. Creatures violently killing other creatures for food or fun. Indeed, without the Bible how would we arrive at the idea that God is inerrant? Wouldn’t we see the violence and injustice and suffering and evil in the world and conclude that God probably got a few things wrong?

Aside from God appearing and speaking to us directly, the Bible is our only source of direct knowledge about God — including His perfection and goodness. It offers what theologians call special revelation. Scripture is God’s witness to Himself. And if that witness is full of errors, what do we really know? Can we even conclude that God is inerrant?

The Problem of Objectivity

A progressive Christian writer named Derek Vreeland brings up a compelling point against inerrancy.  In a 2019 article, he claims that “Underneath the arguments for biblical inerrancy is the desire for pure objectivity.” He goes on to point out that there is really no such thing as pure objectivity. Any interpretation of the Bible is going to be subjective based on who is doing the interpreting. To underscore his point, he asks some tough questions:

Vreeland summarizes the problem of objectivity by pointing out the inherent difficulties it presents:

Fallible people have to decide what the Bible is affirming. Mistaken-prone human beings must do the hard work of interpretation. Imperfect people have to determine the meaning and purpose of Scripture.

Vreeland’s observations are current. However, what I think he misses is that problem of objectivity gets worse—much worse—if we reject the inerrancy of the Bible. If we accept the idea that the Bible is a collection of historical writings from good but fallible men and, therefore, some of the things it teaches or affirms are in error, we are left with a much scarier set of questions. Then we have to ask:

If we accept the Bible’s inerrancy, the differences of opinion between fallible human beings are naturally addressed by comparing the opinions to Scripture. The text of the Bible becomes the arena in which the battle of interpretation is waged. On the other hand, if the Bible is errant, we can only appeal to the ever-shifting arena of public opinion to work out the differences.

The Authority of Scripture

Vreeland claims that the language of inerrancy grows out of an “evangelical anxiety of elevating a human critique of Scripture over the intended divine revelation within the text.” And he’s not wrong. We should have serious anxiety about elevating our own opinions over the teachings of Scripture.

If we get to decide what parts of the Bible are right and which parts are in error, we are putting the Word of God under submission to (what even Vreeland would concede) are the opinions of fallible humans. In other words, we’re putting subjective human opinions in position of authority over the Bible. If Vreeland is right and the Bible is errant, we need to update his quote to read:

Fallible people get to decide what the Bible got right and wrong. Mistaken-prone human beings get to determine the meaning and purpose of Scripture.

If the Bible is not inerrant in all it teaches and affirms, then anything goes. Each of us get to decide—as a community or even as individuals—which teachings seem right to us. The parts we don’t agree with, or we don’t understand, or don’t “feel” right can be dismissed as ancient human errors. And, as Augustine so eloquently wrote seventeen centuries ago:

We cannot claim that Scripture is our authority and at the same time exercise our own fallible human authority over what it says by vetoing or rejecting certain teachings.

Here’s one way to think about this issue. In order to recognize that the Bible got a particular teaching wrong, we need to know what the “right” teaching is. In other words, we need to claim that we know better than the Scripture, that we have some level of knowledge over and above the Biblical authors. How else could we recognize an error unless we thought we knew the right answer? How does an English professor grade her student’s papers unless she knows the correct answers to the questions she asked? And if we know better than the Bible, how can we claim it as an authority over our life?

The spiritual and moral truths taught in Scripture are not reducible to facts on par with scientific knowledge. With science, we might come across an ancient writing that claimed the Earth was flat. But now that enlightened modern man has actually travelled through space and seen the Earth from above, we know that it is round. But the Bible is not a science book. It teaches us about issues of origin, purpose, morality, meaning, salvation, destiny. These aren’t the types of issues on which modern humanity has uncovered some enlightening new information. These are the foundational elements of the human experience.

We certainly know a whole lot more about human biology today than our ancient ancestors did. And yet, the human body still needs the same fundamentals it always has: food, water, oxygen, rest. Humans also still need—as we always have—love, meaning, moral direction, spiritual salvation. Those things have not changed since the Bible was written.

The questions that progressive Christianity asks are hauntingly similar to the question that the devil asked Eve in the Garden of Eden.

This is how our spiritual enemy began his campaign to draw Eve into disobeying God, and in the process, brought down the whole human race. Progressive Christianity uses that same question today: “Did God actually say ________?” Fill in the blank with whatever biblical teaching you want. Rejecting the inerrancy of the Bible is the doorway into asking these kinds of questions.

If we regard the Bible as errant, these questions are all fair game for changing the teachings handed down by Jesus and the Apostles into a faith we’re more comfortable with personally. On the other hand, if we regard the Bible as inerrant, when we come to passages that rub our modern sensibilities the wrong way, we’re forced to wrestle with them. And in the end the question is this. Do we adjust our beliefs to align with what God teaches, or do we adjust what God teaches to align with our beliefs?