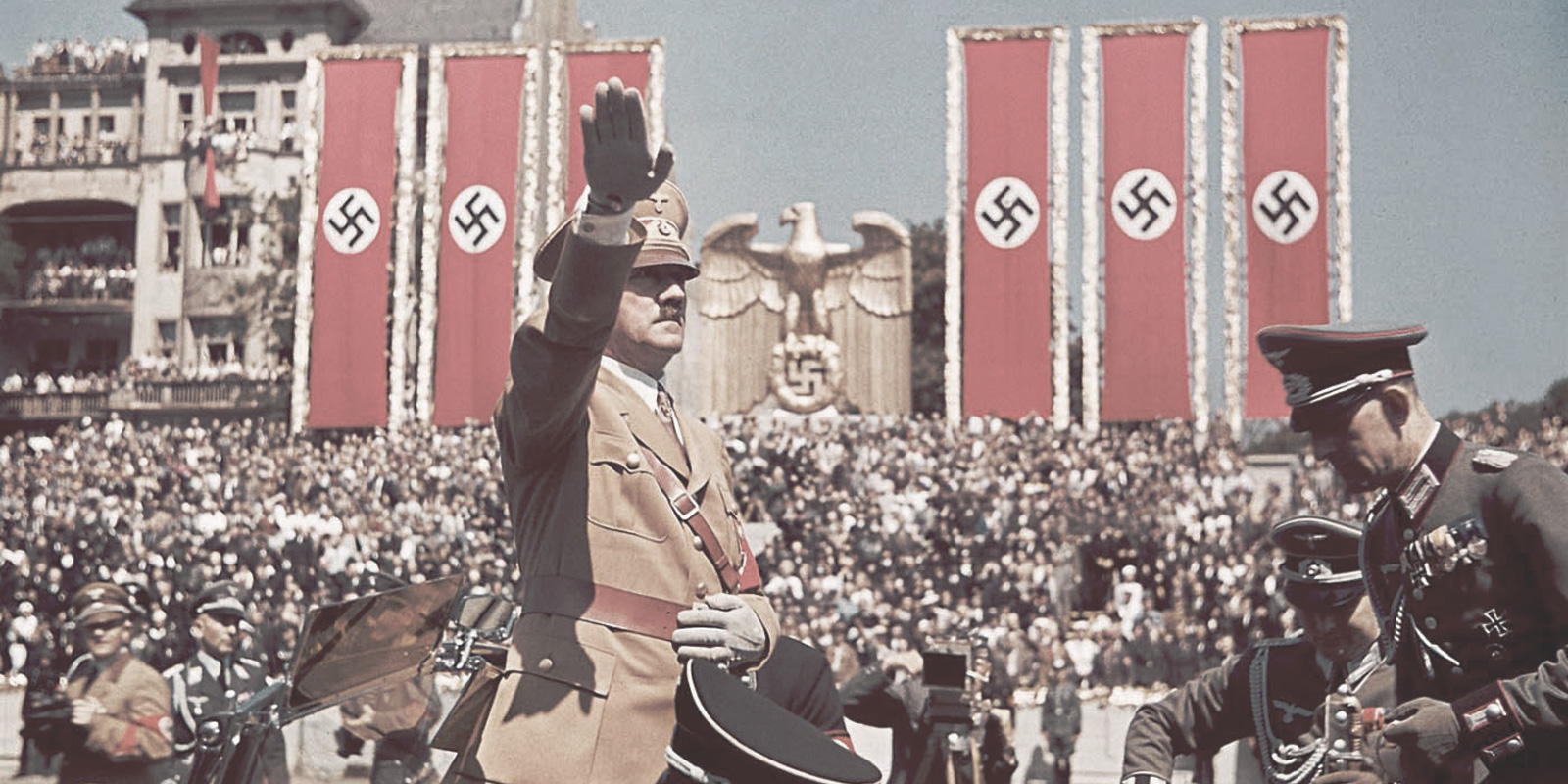 (A short story. Continued from Part 2.)

The professor shrugged in agreement as the class took a moment to process it all. A young bearded student in a black t-shirt slowly raised his hand. The professor looked up and called on him.

“Hey professor, something’s bugging me about this.”

“It doesn’t make sense to me that evolution could be the source of objective morality because of the nature of evolution. I mean, evolution teaches that life evolves, it changes over time, morphing into new things, right? But if objective morality exists, it wouldn’t change. It would be true at all times for all people.”

Seth continued, “So evolution says that our brains evolved over a long period of time, yet, as we just talked about, objective morality is mind-independent; it doesn’t rely on the opinions or feelings of human beings. It’s unchanging.”

Amanda raised her hand but didn’t wait to be called on. “But morality does evolve. We see that all the time. Just two hundred years ago there were slaves in this country, and now it’s illegal and African Americans have equal civil rights. And like a hundred years ago women weren’t allowed to vote. And we used to think abortion was wrong, and sex outside of marriage, and homosexuality. And now those things are accepted.”

John shook his head. “I don’t think that’s the same thing at all. Because even when some people had slaves in America, slavery was still wrong. There’s a difference between what a society accepts as right, and what is actually right. It’s our perception or our adherence to the moral standard that changes. Seth is right; if there’s an objective moral standard it wouldn’t change over time.”

“But what about sexual morality?” Amanda protested. “We used to say it was wrong to have sex before marriage, or have sex with anyone you want, or be gay or whatever. But we no longer consider those things wrong.”

Professor Harris interjected, “It’s the same thing, really. You’re talking about 60 years ago in America. But if you look across history broadly it’s a much different picture, right? In ancient Rome sexual behavior of all kinds was widely accepted; homosexuality, adultery, pedophilia, and rape—as long as you were raping someone of a lower status, of course. Socially accepted sexual norms vary widely in different times and different cultures. Which is why they can’t be used as a standard for measuring morality. If at any given time you want to call any particular sexual behavior morally wrong, you ultimately need to appeal to an objective morality to do so.”

“What do you mean?” Amanda asked.

“Well, let’s use rape as an example. Do you think there are certain circumstances when it’s okay to have sex with a person against their will?”

Amanda looked offended. “Of course not!”

“And yet they thought rape was okay in certain circumstances in ancient Rome. And even today ISIS observes the Arab tribal tradition of Sibya by awarding sex slaves to men as prizes for memorizing verses in the Quran. So how do we determine who is right about rape? Is it you, or the ancient Romans, or modern radical Muslims? Because you can’t all be right.”

Amanda thought for a moment. “So you’re saying we need a standard outside of any one culture to measure it against?”

“Yes, exactly. While civilizations may evolve over time as to their recognition of certain behaviors as right or wrong, the objective standard does not change. In other words, as a society changes it’s either moving closer to, or further away from, this ultimate, unchanging moral standard.”

“Exactly,” said Seth. “Which is why it makes no sense that morality could have evolved over time.”

John sat up in his chair. “Yeah, because if you think about it, science and evolution are just ways to explain how the world is, but they can’t tell us how the world ought to be.”

Seth nodded. “Exactly. There’s no way to explain the presence of moral obligations or duties in purely physical, mechanistic terms. I mean if you think about it, what is the entire point of evolution through natural selection?”

“Survival of the species?” Amanda guessed.

“Right. So evolution doesn’t give a rip about the concepts of truth or morality. An evolutionary standard of morality would define ‘right’ as whatever helps perpetuate the species and ‘wrong’ as whatever hurts the species’ chances of survival.”

“In other words,” said John. “Morality would be based on what provides a survival advantage, not necessarily on what corresponds to truth or moral goodness.”

“Right,” Seth continued. “For example, when Hitler began talking about how some races are superior to other races—promoting the concept of Nietzsche’s Übermensch and so on—he was essentially preaching a morality grounded in evolution. It was the social outworking of Darwinian thinking and the survival of the fittest and all that. Some races will survive and others won’t, and that’s just evolution so why would we object to that?”

Amanda added enthusiastically, “Yeah, my history professor was just talking about how one of the first things Hitler did when he took power was to start this program of euthanasia to kill children with physical and mental disabilities. He said it was to relieve the genetic and financial burden on German society.”

Professor Harris nodded and replied, “That’s right. And that program later expanded to adults with disabilities. In the end, Hitler’s government murdered something like 70,000 innocent disabled people. And this was before the war, a sort of practice run at mass extermination that preceded the Holocaust.”

“Man, that’s sick,” Seth declared. “But if our moral code was ultimately based on evolution, killing disabled kids wouldn’t be wrong. It would just be thinning of the herd.”

Heads were nodding soberly around the room as John picked up the thought. “This is exactly what we see in the animal kingdom. On the plains of the Serengeti, the predators always go for the sick and weak animals first. And there’s no such thing as murder; animals are simply killing each other for food or to eliminate competition for food and resources. And there’s no such thing as adultery or rape either; animals merely mate with as many other animals as they can to increase their chances of progeny.”

Professor Harris spoke up. “So when humans behave this way why do we call it wrong or evil?”

John leaned forward, the dots starting to connect in his mind. “This all goes back to the idea that human life has value, doesn’t it? If somewhere back in the ancient mists of time human beings evolved out of some primordial soup through a mindless, unguided process of evolution than humans are of the same value as every other living thing, right? We may be more sophisticated and complex as creatures, but as ‘advanced apes’ we’re no more valuable than a hedgehog or a maple tree. As living things that all evolved from the same source, we all share the same inherent value.”

Amanda picked up the thought. “Which means evolution doesn’t give us the ground we need to claim that human life is more valuable than animals and plants.”

“Exactly,” said Seth. “Evolution on its own can’t explain why human life has greater value than other life. Therefore evolution can’t explain the existence of objective morality.”

Professor Harris chimed in. “We have to look elsewhere for that explanation, which is the bane of the modern day philosopher. But what other possible explanations are there?”

Amanda began thinking out loud. “What if human life doesn’t actually have greater value than other life and we just perceive it that way because we’re humans?”

Professor Harris scratched his chin. “So you’re saying that as a human we might think it’s worse to kill our neighbor than our neighbor’s houseplant, but in reality, there is no moral difference?”

“Well, yeah. That could just be how we’ve been conditioned to feel through evolution.”

Seth replied, “If that’s true it would mean the Holocaust was the moral equivalent of a crew of fishermen spending a decade rounding up and killing 6 million fish.”

Amanda raised her eyebrows sheepishly, not liking where Seth was taking her analogy. Professor Harris continued the thought. “If that’s the case, it would mean there is no actual morality. Rather, morality is merely an illusion foisted upon mankind by evolution.”

“In that case,” John interjected, “A student wouldn’t need to feel bad for cheating on a test because, in the end, it doesn’t matter.”

The class chuckled as Amanda offered another theory. “So maybe we have more value because humans are a more advanced and sophisticated form of life. We’re the only life form that can build things, and write beautiful music, and send spaceships to other planets. So as far as complexity, a human compared to an ant is like an iPhone compared to a rock.”

Professor Harris grinned and thought for a moment. “But more complexity doesn’t necessarily translate to more value. For example, raw cocoa beans are the most chemically complex natural food on the planet. They have over 300 chemical compounds. But they’re nowhere near as valuable as water, which is just one chemical compound.”

A nerdy-looking kid in the front row blurted, “Partial differential equations in math are super complex, but they’re much less valuable to know than simple arithmetic like adding and subtracting.”

The professor cocked his head. “Amanda brings up a good point, though. If human life doesn’t actually have greater value than other life how did we all come to perceive it that way?”

“Survival of the species?” John proposed. “Maybe it’s so human beings naturally defend our own species above other species. Like how adult lions will kill cheetah cubs to eliminate competition for food, but they don’t kill lion cubs for the same reason.”

“Well, survival of the species only takes us so far. It gives us a relative valuation of human life as compared to other life forms. It explains why humans might think it’s morally worse to kill their neighbor than their neighbor’s dog. But it doesn’t explain why it’s wrong to rape your neighbor, or steal their car, or verbally abuse them, or cheat on a test. Those are moral issues that don’t impact the survival of our species. In fact, it could be argued that some immoral behaviors, such as rape, would actually have an evolutionary benefit in perpetuating our species.”

Amanda spoke up. “Okay, so evolution on its own can’t explain the existence of objective morality. What else is there?”

“I have to say,” said John. “It seems like objective morality requires an absolute valuation of human life as its ground. It’s not enough to say human life has value relative to other types of life, or relative to different cultures. We need to say that human life has intrinsic value on its own.”

Seth nodded. “I agree. Because if human life has absolute value—meaning that it’s always valuable regardless of culture, social norms, or personal feelings—that would give us warrant to say it’s always wrong to cheat, steal, rape, abuse and all the rest. Because those things cause harm to something of absolute value.”

Amada asked, “So are we saying that the ultimate foundation of objective morality is the intrinsic value of human life?”

“That’s what I’m saying,” said Seth. “If human life doesn’t have absolute value, then there is no ultimate foundation for judging right from wrong. It all becomes relative personal preference or social constructs and we can never say anything is ultimately wrong or evil.”