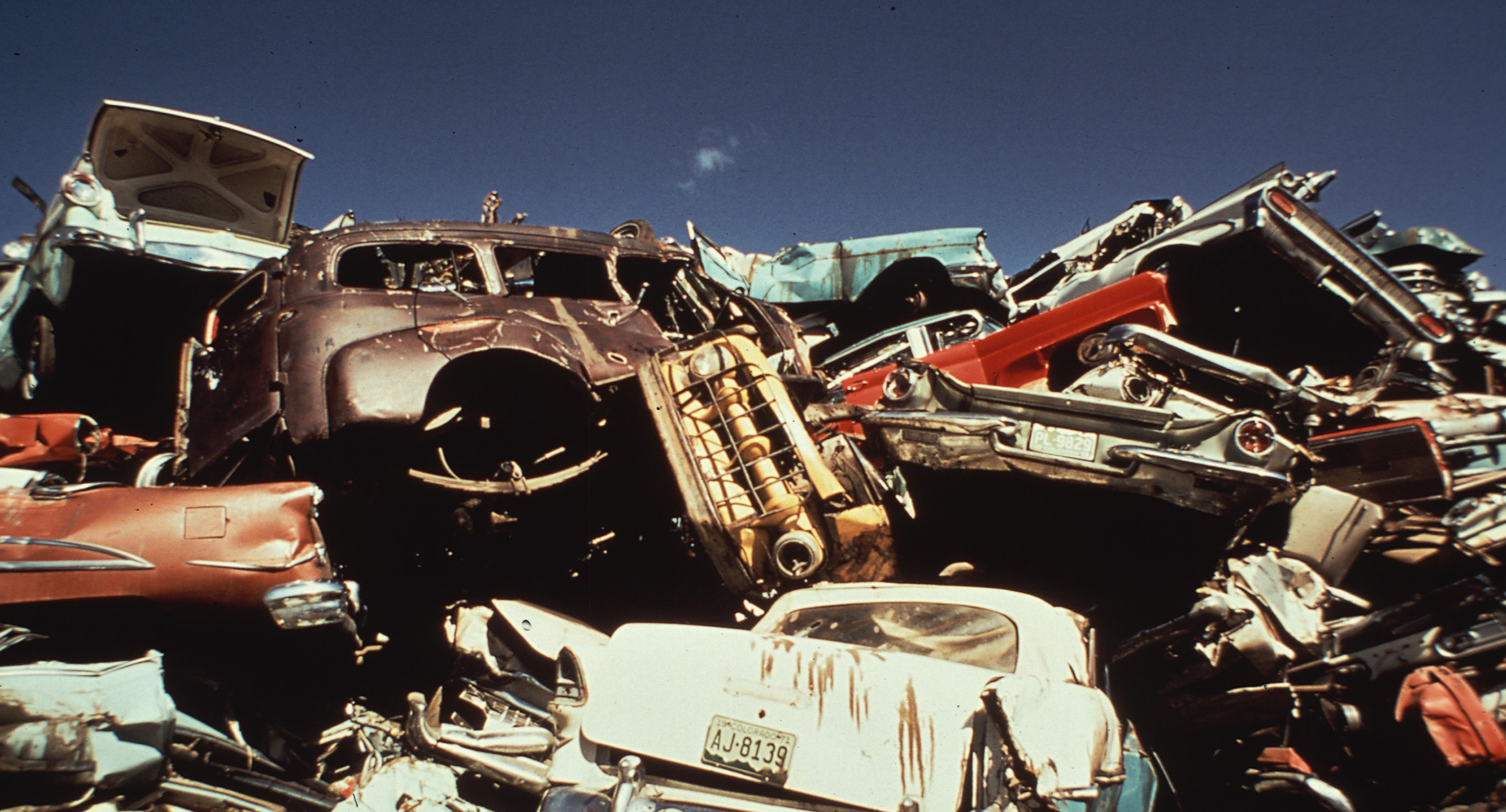 I have generated a rather big junkyard over the course of my life. It’s something I started on back in the early 1980’s and have been adding to ever since. My impressive scrapheap now covers many square miles and is packed with rusted-out vehicles that have all reached the end of their lives. Some are nothing more than empty shells lying in the dirt and weeds like the fossilized skeletons of ancient beasts. Others, while dilapidated and picked apart, still retain some vestige of their glory days. They may no longer be functioning, but they are still alive with nostalgia and may live on even further as a source of usable parts for other vehicles. Yet others are nearly operational despite being road-worn and battered, damaged and out of fuel. But with enough effort, they may still be salvageable.

Every one of these vehicles was once a fresh new project for me, born from an idea or a dream or a vision. Each crumbling pile of metal and glass in my junkyard was once the focus of my attention, a venture into which I poured my time, money, and passion. I’ve never worked on a vehicle without having in my mind a vision of it in its completed state—out on the open road, fully alive, teeming with power and beauty.

And on every such vision hung something of significance to me; sometimes it was the satisfaction of creating something beautiful, sometimes it was a hope for change and a brighter future, or the hope of finding meaning and fulfillment in life. And sometimes, probably too often, what was hanging on that vision was my identity.

Over the years I’ve had at least a project or two under construction at any given time, and at least one out on the road. Not every undertaking has made it out of the gate. In my scrapyard you’ll find many concepts that never even made it into production; ideas for songs, stories, bands, artwork, businesses, tours, books, ministries. And there are also thousands of junkers that were started but never completed; story outlines, half-written songs, unfinished documents, partial storyboards, incomplete compositions.

But the most painful sections to walk through are all the projects that made it fully formed out onto the road. These are projects that drove around for a while; vehicles into which I put a lot of fuel, parts, and care to keep them running. Many of these vehicles even ended up carrying passengers, other people who believed in them as much as I did.

But all of them, every last vessel I have ever christened and driven out onto the open road now sits motionless and silent in my junkyard; dilapidated, out of fuel, broken. As I survey the thousands of broken-down wrecks I have generated over nearly four decades I find I am a little afraid of sending another vehicle out there. I’m leery of investing so much of myself into another project only to have it dragged back to my junkyard behind a tow truck. Again.

And at the same time I know that creating new vehicles is something God wrote into my DNA, it’s who I am. Which is why I am even more afraid of not sending another idea out there into the big, scary world. The old adage is so true when it comes to creative expression, that twenty years from now we will be more disappointed by the things we didn’t do than by the things we did. Or, in the words of American philosopher Williams James:

“It is only by risking our persons from one hour to another that we live at all.” — William James