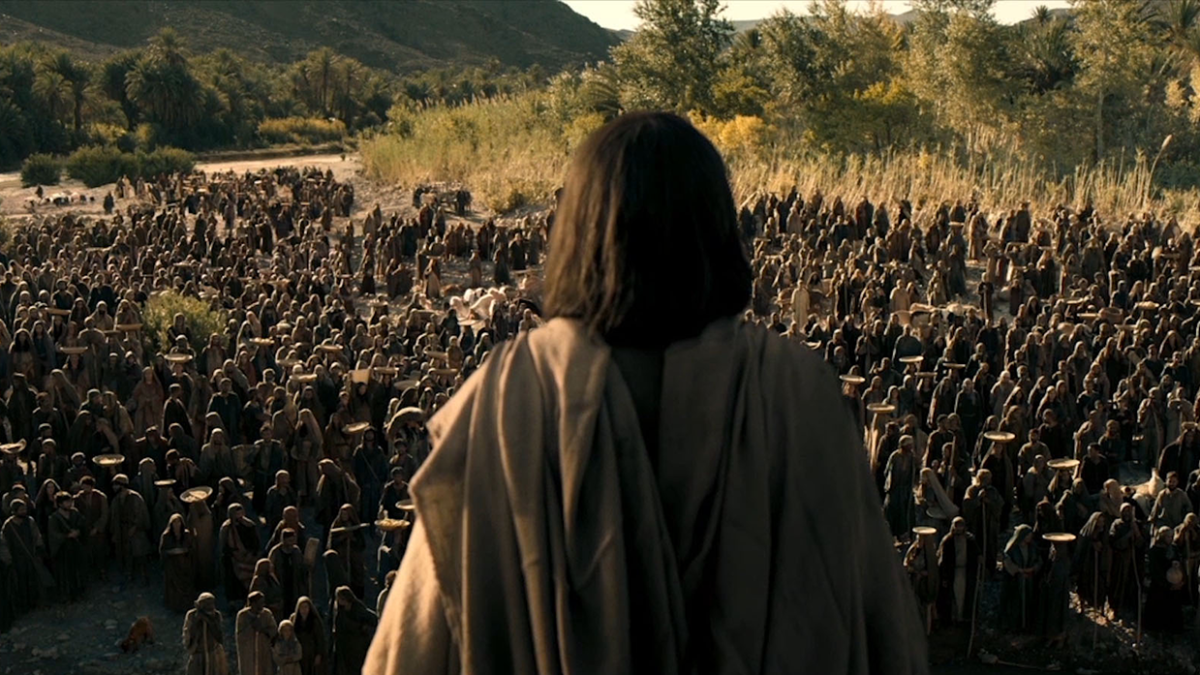 Matthew 5:17-20 is a complex passage and often a source of confusion for Christ-followers. It is also the most common proof-text used by our Torahist friends in their quest to convince us that we are still under the Law of Moses. In it, Jesus says:

Do not think that I have come to abolish the Law or the Prophets; I have not come to abolish them but to fulfill them. For truly, I say to you, until heaven and earth pass away, not an iota, not a dot, will pass from the Law until all is accomplished. Therefore whoever relaxes one of the least of these commandments and teaches others to do the same will be called least in the kingdom of heaven, but whoever does them and teaches them will be called great in the kingdom of heaven. For I tell you, unless your righteousness exceeds that of the scribes and Pharisees, you will never enter the kingdom of heaven.

The portion of this passage that generates the most controversy is verse 18, “For truly, I say to you, until heaven and earth pass away, not an iota, not a dot, will pass from the law until all is accomplished.” There are two general schools of thought on how best to understand this statement and, in the end, they each seem to end up at the same general conclusion.

On one hand, Jesus’ words here could be validly interpreted as a Hebraic idiom, which was a common teaching method for Him. For example, just a few verses earlier Jesus calls His followers salt (5:13) and light (5:14). And a few verses after this passage He tells His listeners that if their right eye or right hand causes them to sin, they are to remove those body parts and throw them away (5:29-30). These passages were clearly meant figuratively. Those who follow Christ are not literally salt or light, nor are we actually expected to maim our bodies to avoid sin. Even a man with no right eye could still lust after a woman with his left eye.

Interpreted metaphorically, Jesus’ statement in 5:18 communicates that all of the Hebrew Scriptures are important to Him and His intention was to fulfill rather than abolish them. He is repeating for emphasis the same idea He stated in 5:17: “Do not think that I have come to abolish the Law or the Prophets.” The Greek word behind the phrase “do not think”—νομίσητε (nomisete)—supports such an interpretation. It connotes an emphatic expression that could be perhaps more properly translated: “Do not even begin to think.” Jesus is vehemently underscoring the importance of the Hebrew Scriptures.

A second viable approach is to view this passage more literally. In this case, the question becomes, how are we to take the two “until” clauses: “until heaven and earth pass away” and “until all is accomplished”? The most direct interpretation is that the first “until” clause sets the scope for the second. In other words, Jesus meant something like, “the following statement shall remain true until heaven and earth pass away: nothing will pass from the law until all is accomplished.” But some may, instead, take the two clauses as equivalent phrases that speak to the duration of the authority of the Jewish Scriptures. Carson explores this notion:

The first—“until heaven and earth disappear”—simply means “until the end of the age”: i.e., “never, as long as the present world order persists.” The second—“until everything is accomplished”—is more difficult. Some take it to be equivalent to the first (cf. Sand, pp. 36–39). But it is more subtle than that. The word panta (“all things” or “everything”) has no antecedent . . . the word cannot very easily refer to all the demands of the law that must be “accomplished,” because (1) the word “law” almost certainly refers here to all Scripture and not just its commands—but even if that were not so, v. 17 has shown that even imperatival law is prophetic; (2) the word genētai (“is accomplished”) must here be rendered “happen,” “come to pass” (i.e., “accomplished” in that sense, not in the sense of obeying a law; cf. Meier, Law, pp. 53f; Banks, Jesus, pp. 215ff.).

In other words, the Greek word panta (“everything”) in this passage is best understood as referring to the prophetic role of the Mosaic law—“until all these things have taken place as prophesied”—rather than the persistence of every legal precept. Stated another way, Jesus uses the complete phrase “the Law and the Prophets” in v. 17 to refer to the Hebrew Scriptures, and in v. 18 He uses the single word “law” as shorthand to refer to the same thing. Therefore, v. 18 can be interpreted as teaching that God’s entire plan as foretold in the Hebrew Scriptures must take place. Not one “jot or tittle” will be left unfulfilled. Thus, we might paraphrase verses 17-18 as follows:

Do not even think that I have come to abolish the Hebrew Scriptures. I have not come to abolish them but to fulfill them. For truly, I say to you, until heaven and earth pass away, not an iota, not a dot, will pass from them until all these things have taken place as prophesied.

Jesus repeats this same idea a few chapters later when He teaches, “For all the Prophets and the Law prophesied until John” (Matt 11:13).  Barbeiri provides a helpful summary of this understanding of the passage.

This section presents the heart of Jesus’ message, for it demonstrates His relationship to the Law of God. Jesus was not presenting a rival system to the Law of Moses and the words of the Prophets, but a true fulfillment of the Law and the Prophets—in contrast with the Pharisees’ traditions . . . Jesus’ fulfillment would extend to the smallest Hebrew letter . . . These things are important because letters make up words and even a slight change in a letter might change the meaning of a word. Jesus said He would fulfill the Law by obeying it perfectly and would fulfill the prophets’ predictions of the Messiah and His kingdom. But the responsibility of the people was made clear. The righteousness they were currently seeking—that of the Pharisees and the teachers of the Law—was insufficient for entrance into the kingdom Jesus was offering. The righteousness He demanded was not merely external; it was a true inner righteousness based on faith in God’s Word (Rom. 3:21–22). This is clear from what follows.

Viewed through the Principle & Expression framework we can understand why Jesus said that He did not come to abolish the Law and the Prophets. He did not come to tear down the Law of God (the universal principles grounded in the nature of the Father). Rather He came to fulfill them, to live them out perfectly. And in doing so, He ushered in the New Covenant and with it, a new and superior expression of those same, unchanging Laws of God.

And in the larger context of the New Testament, we know that Matthew 5:17-20 cannot be rightly interpreted to indicate that every tiny commandment in the Mosaic Law will remain in effect “until heaven and earth pass away.” Because Jesus and the NT authors teach that a number of those specific commandments have come to an end (e.g., the sin sacrifices, Levitical priesthood, circumcision, temple services, and kosher food laws). Some Mosaic commandments were shadows that pointed to the real thing (Col 2:16-17; Heb 10:1), others were fulfilled and completed by Christ (Heb 10). Which makes sense. Because if every Mosaic commandment remained intact and unchanged under the New Covenant, what did the work of Christ accomplish?

7 thoughts on “Until All is Accomplished”