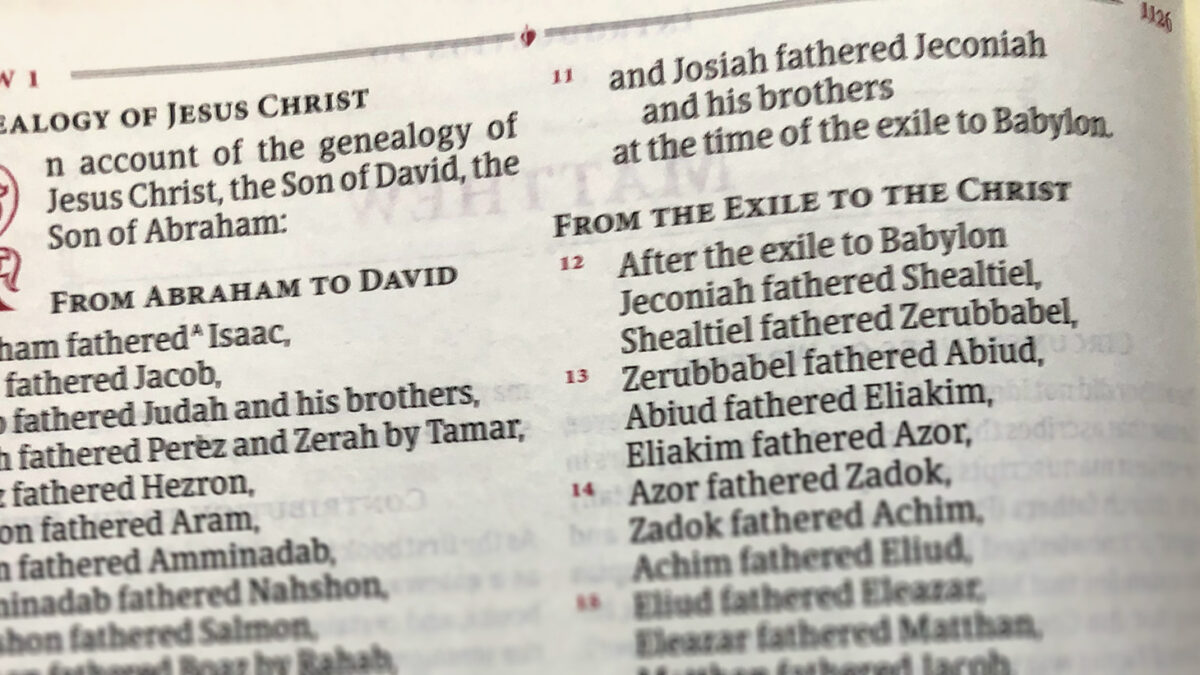 Can We Trust the NT Writings? (Part 2)

In part one of this article, we examined three arguments by anti-Christian Rabbi Tovia Singer against the validity of the New Testament writings. Let’s complete our journey by looking at three additional claims. And as I mentioned in part one, I am not arguing against Rabbi Singer as a man, nor against the Jewish Bible. Rather, I’m targeting the arguments Singer and others use when trying to rise up against Jesus and undermine Christianity by attacking the validity of the New Testament writings. My goal is to clear away the confusion and half-truths about Jesus and the New Testament.

We destroy arguments and every lofty opinion raised against the knowledge of God and take every thought captive to obey Christ.

A popular target of Rabbi Singer’s arguments is that the NT books were written long after the actual events occurred. Here’s how he frames his argument.

Singer only mentions the Gospels in this quote. But the epistles of Paul are actually the earliest New Testament documents. First Thessalonians is typically considered the earliest letter, dated to AD 50 or 51, which is just 20 years or so after Jesus. This is incredibly early writing for ancient documents! For perspective, think about where you were when the 9/11 attacks happened. That was 21 years ago, and I can tell you where I was and who was with me at the time. We’re talking about NT documents written while eyewitnesses were still alive. When Paul tells his readers about the hundreds of people who saw Jesus resurrected, he’s appealing to a current public attestation of the Resurrection (1 Cor 15:3-6).

But let’s stick with the Gospels and take Rabbi Singer’s timeline at face value. Let’s say the book of Mark was written 40 years after the resurrection. That is still incredibly early. By comparison, the earliest manuscripts we have for any of Aristotle’s work are dated 1,000 years after he died. This is why even skeptical and non-believing historians acknowledge that the New Testament is the best set of attested historical documents in existence.

And there’s another aspect to this claim by Rabbi Singer. If Singer considers the 40 years between the Resurrection and Mark’s Gospel “a long time,” think about how many years elapsed between the Garden of Eden and when Moses wrote about it in Genesis. Or the Flood and when Moses wrote about it. Or the life of Abraham. We’re talking about thousands of years with the Torah, as opposed to a couple decades with the NT. And Moses didn’t personally witness anything he wrote about in Genesis. And yet Rabbi Singer doesn’t question whether its true. He takes it on faith. And for the record, I do, too. But to cast doubt on the NT text because of the amount of time elapsed since the recorded events and not even question the Torah on the same basis is a glaring double standard.

5. Differences in the Gospel Narratives

I can’t imagine how many hours of video and live discussions Singer has spent trying to point out alleged differences in the Gospel narratives. And it’s important to understand that he is not approaching the text with an open mind, intending to learn what they have to say. Rather Singer combs through them like a prosecuting attorney looking to poke holes in an alibi. His arguments against the Gospels include mentioning that one particular person is only mentioned by one writer and not the others. Or that the Gospels disagree about details such as what order events happened, who was at the empty tomb, and so on. Here are a few examples.

Only Matthew and Luke make the claim that Jesus was born to a virgin. None of the other Gospels think there’s anything unusual about Jesus’ conception. I mean, it would be hard to imagine why Mark would not think that would be important enough to mention.

What happens in John chapter 13 is something that you will not find in Matthew, Mark, and Luke. And that is, Jesus is washing the feet of the disciples. I mean, John is noted for these massive discourses that don’t exist anywhere in the synoptic Gospels.

The ideal Singer seems to have in mind—although he doesn’t say it in so many words—is that of four identical Gospels all mentioning the same people and the same events in the same order. In fact, if we were to edit the Gospels to overcome all of his objections, we would end up with four identical texts. And we can imagine his line of argument then: The four Gospels are so similar that we know they are telling a made-up, pre-established tale. It’s similar to when police detectives hear identical accounts from four different eyewitnesses. They suspect everyone got together beforehand to get their story straight. Are there differences between the Gospels when they write about the same event? Of course. Is that a reason to doubt their validity? Absolutely not.

Imagine a historian interviewing four war veterans about a battle that happened decades earlier in which their commanding officer was killed. One soldier says their commander was running for cover when the explosion occurred. Another says, “No, he was shouting orders.” The third vet says it was a friendly grenade that killed him. The fourth man swears it was a mortar round from the enemy. Because of the discrepancies in their stories, would it be logical to conclude that there was no battle? Or that their commanding officer was never killed? Of course not.

While secondary details in the Gospels may vary based on the writers and eyewitnesses, all four Gospels agree (1.) Jesus was the Son of God, and (2.) the Jewish Messiah, who (3.) lived a sinless life, (4.) was crucified (5.) on a cross (6.) by the Romans, and (7.) His body was put in the grave the same day. And that (8.) early on the first day of the week, (9.) his women followers (10.) found his tomb empty, and (11.) the resurrected Jesus then appeared (12.) to his apostles and disciples. You can make all the noise you want about the details, but the Gospels collectively give us four trustworthy perspectives on the historical events surrounding the life, death, and resurrection of Jesus.

6. The Order of the Books

Lastly, Singer argues that there is something underhanded about the order in which the Gospels are placed in the New Testament. He claims that the early church fathers put Matthew first for a reason.

It was very important to the Church fathers to get Matthew number one. Because if you read Mark first, you would have no nativity narrative, no virgin birth, nothing. Bethlehem, that’s gone. So putting Matthew before Mark, Mark just becomes a blur. And then it seems very similar, which it is, to Matthew. And what’s missing sort of gets…people don’t notice it.

Singer argues that by putting Matthew first—a book that includes much more content about Jesus fulfilling prophecy—the Church influenced the reader’s understanding of the next book, Mark. Once you read Matthew, Singer contends, it makes Mark appear more Christological than it really is.

Let’s think this through. Suppose Mark had been placed first, and every Christian read through Mark before ever reading Matthew. (And yes, I realize this argument assumes every Christian reads the books of the Bible in their entirety and in sequential order. But let’s grant that for the moment.) Suppose a brand new Christian first read through Mark, where there is no genealogy of Jesus, no birth narrative, no mention of Bethlehem, and so on. When the reader gets to Matthew and encounters the genealogy of Jesus and the birth narrative, what does Singer suppose their conclusion would be? Would they reject Matthew because it includes details Mark didn’t mention? Of course not! They would think, “Great! Here is some more information about the life of this person named Jesus.”

This is the flip side of the previous argument about the differences in the Gospel narratives. Just as the four Gospels were never intended to be identical documents, they were also not designed to be read entirely independently of one another. Think of the Gospels like a jazz quartet. There is a drummer, a bassist, a guitarist, and a pianist; four musicians playing different instruments, each making separate musical statements. Sometimes they harmonize with one another. Sometimes they play in unison. But they’re all performing the same song. And in the case of the Gospels, the four texts, while varied, are all telling the same story.

Wrap it up, Professor

Secondly, some of the arguments amount to what we could call “noise.” These are lines of argument based on inconsequential claims intended to cast doubt on the New Testament that, in reality, prove nothing. This includes the mysterious Q gospel, the order of the NT books, and the differences in the Gospel accounts. In the end, these arguments are empty noise and do no damage to the validity of the New Testament.

I hope this article has helped you see how Rabbi Tovia Singer’s arguments against the New Testament aren’t nearly as intimidating as they first appear. So stay strong and keep the faith, my brothers and sisters in Christ. And please continue to pray for Rabbi Singer, that his eyes and heart would be opened to his own Messiah.

“Let us hold fast the confession of our hope without wavering, for he who promised is faithful. And let us consider how to stir up one another to love and good works.”