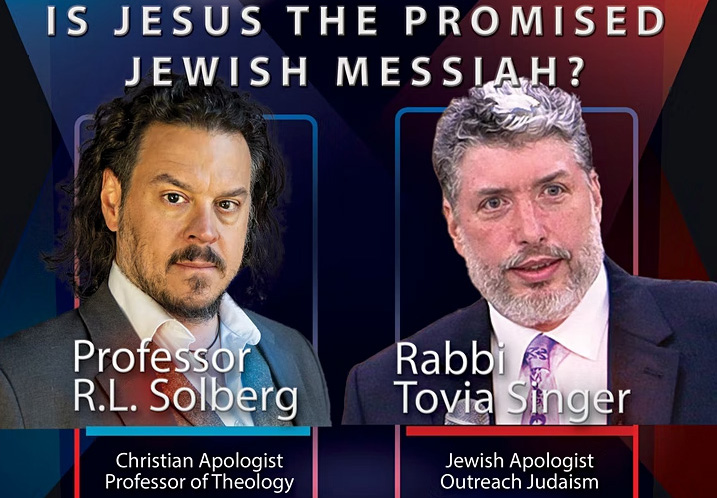 Many of you have been asking for me take on how it went. Based on the feedback I have been getting, the consensus from both sides seems to be that it was a lively, fair debate in which both sides were engaging, respectful, and personable. There were strong ideas and claims, and a bit of spirited sparring, but no rancor or hostility. The most important thing for me is that I was able to represent Christ well in my ideas and my demeanor. (At least that’s how I felt when it ended, and thankfully my wife confirmed it!)

As far as who “won” the debate, that is in the eye of the beholder. On the issues, I think I had a slight advantage because I put several big questions to Rabbi Singer that he noticeably ducked. He had the clear advantage on delivery, rhetoric, and emotional appeal. He’s a masterful speaker!

I’ll be honest. I felt like I brought a winning argument and was able to make some strong points, but did not execute as well as I had intended. I started strong but failed to maintain “mission discipline” and ended up chasing some of Rabbi Singer’s points more than I should have. But, in the end, I was able to share some things I think many had not heard before—ideas that hopefully planted some seeds in the minds of the listeners. And I trust the Holy Spirit will do what He will with them.

An Event of Biblical Proportions!

A Scholarly Debate: “Is Jesus the Promised Jewish Messiah?”