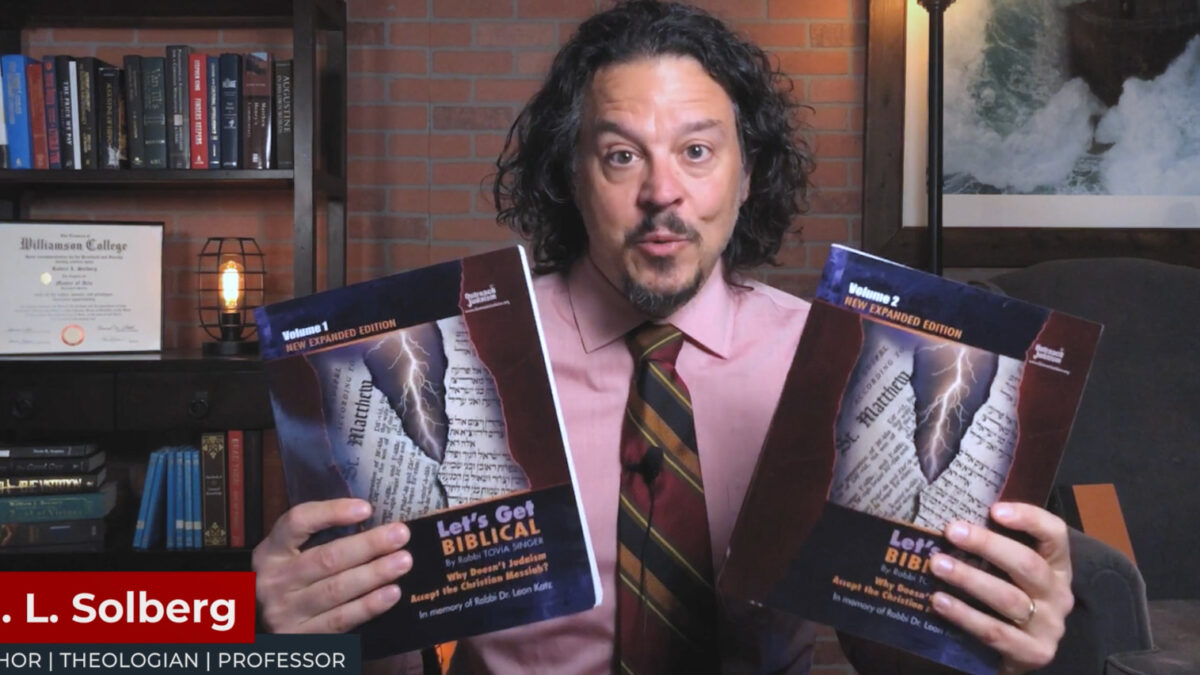 Rabbi Singer on the Resurrection

In preparation for my debate with Rabbi Tovia Singer, I studied his books Let’s Get Biblical, volumes 1 and 2. In particular I was interested in his take on the Resurrection of Jesus. Singer and I both agree with the apostle Paul that “if Christ has not been raised, then our preaching is futile and your faith is empty” (1 Cor 15:14). But, other than that, our views on the Resurrection are diametrically opposed. In his books, Singer gives three main lines of argument in opposition to the resurrection of Yeshua and, to be honest, none of them are very strong. In fact, they all share the same flaw, as I’ll demonstrate in a moment.

But first, let me offer a disclaimer to avoid confusion. I accept the Tanakh, the Jewish Bible, as the inspired word of God. It makes up the first 75% of my Bible, and I believe everything it says. So I am not arguing against the Jewish Bible. I’m disputing the objections that Rabbi Singer offers when trying to rise up against Jesus and undermine Christianity.

Rabbi Singer first argues that the notion of Jesus being resurrected is borrowed from pre-existing legends. He writes,

Christianity is not the only religion to have declared that its savior or demigod was resurrected from the grave. The story of a deity who defeated the grip of death is one of the most common themes embedded in the plethora of religions that have emerged since time immemorial.

Singer does not mention which legends or religions he is referring to, nor does he draw comparisons. I presume it is the list of usual suspects: Osiris, Tammuz, Adonis, Attis, Dionysus, etc. If so, the resurrection of Jesus exists in an entirely different category. But let’s set that aside for a moment. Singer’s contention is that Christianity is just one of many religions that have served up their own version of a pre-existing legend. The problem with this line of argument is that the Torah is guilty of the exact same thing. For example,

Rabbi Singer also rejects the Resurrection based on a lack of extra-biblical evidence.

Aside from the accounts in the New Testament, there is no independent supportive documentation, nor is there any circumstantial evidence. There is not even one contemporaneous historian who mentions one word about Jesus’ resurrection. The entire claim hangs exclusively on the New Testament texts.

Do you know what other historical event contains a shocking lack of extra-biblical evidence? The Exodus. The Egyptian historical record doesn’t mention the plagues or the loss of almost their entire population of slaves. We’ve not found Egyptian chariot wheels or skeletons at the bottom of any sea. And we’ve not discovered archaeological evidence of hundreds of thousands of Israelites wandering in the wilderness. So, to paraphrase Rabbi Singer:

Aside from the accounts in the New Testament Torah, there is no independent supportive documentation, nor is there any circumstantial evidence. There is not even one contemporaneous historian who mentions one word about Jesus’ resurrection the Exodus. The entire claim hangs exclusively on the Torah New Testament texts.

Don’t get me wrong. I believe the Torah is the inspired Word of God and that the Exodus it records really happened. I’m simply arguing that if a lack of extra-biblical evidence is a legitimate reason for rejecting the Resurrection, we must also reject the Exodus on the same basis. But Singer doesn’t do that, and that’s another double standard.

Lastly, Rabbi Singer argues from the bias of the authors of the New Testament.

It was the creators and defenders of Christianity who promoted the stories of the resurrection. Their biased testimony must therefore be examined more carefully. Is this testimony reliable? . . . As an individual examining the case for the resurrection, you should not be swayed by conjecture or hearsay, but demand clear proof.

Singer’s argument brings up two issues. First, has he ever demanded clear proof for the Exodus? Or the events at Mount Sinai and the giving of the Law? Or even the historical existence of Abraham? It seems evident that Singer accepts all of these things as true based solely on their appearance in the Hebrew Bible. And, for the record, that is the same reason that I accept those things as true. I’m not arguing against the inspired nature of the Tanakh. I believe it is sacred Scripture. What I’m arguing against is the use of a double standard in an attempt to disprove the Resurrection.

This brings us to the second problem with this argument. The Tanakh was written by Israelites. In it, they portray themselves as God’s Chosen People, set aside by Him as a holy nation. That’s what they wrote about themselves, which undoubtedly falls under the definition of biased testimony. So, again, we can’t reject the Resurrection based on the writers’ bias and, at the same time, accept the Torah’s claims despite the writers’ bias. That’s another double standard.

What’s Good for the Goose…

As as Grandpa Solberg used to say, “What’s good for the goose is good for the gander.” And when it comes to the Resurrection, I understand Rabbi Singer doesn’t want to believe it’s true. But he hasn’t provided any arguments against it that don’t also cut against his own Scripture, the Jewish Bible. The flaw shared by all of Singer’s arguments against the Resurrection is that they’re based on a double standard. So I remain wholly convinced that the God of Israel raised Jesus from the dead, validating him as a true prophet and the promised Jewish Messiah and God incarnate.

Blessed be the God and Father of our Lord Jesus Christ! According to his great mercy, he has caused us to be born again to a living hope through the resurrection of Jesus Christ from the dead.

8 thoughts on “Rabbi Singer on the Resurrection”