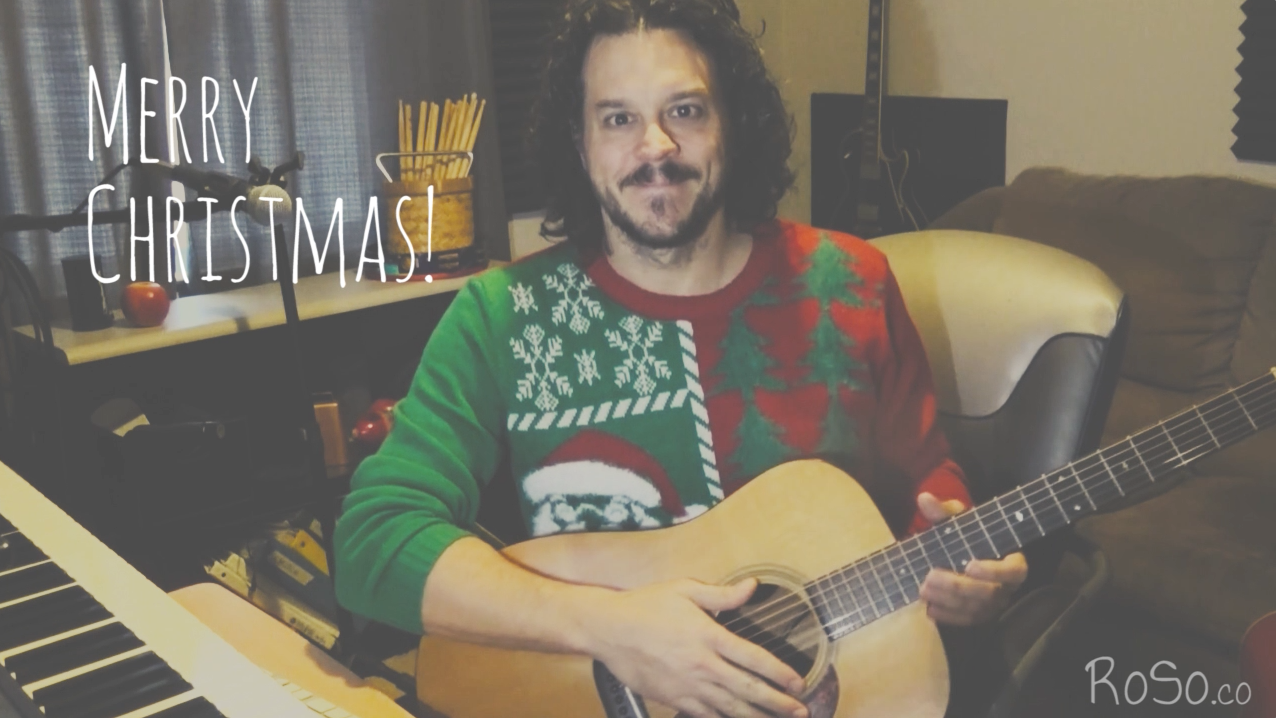 Today was a rainy, overcast Saturday one week before Christmas Eve. I got up early this morning and headed up to The Lab to continue dialing in my nascent loop station, affectionally dubbed “Andromeda” since it’s made up of a galaxy of gear, wires, and instruments.  I don’t necessarily have any professional aspirations for it. I just thought it would be fun to build a system that allows me to create live soundscapes by myself using all kinds of different instruments. I’m still working out some of the kinks in terms of live performance, but it’s getting there. Here’s a Christmas song I did today:

The thing is, the system itself is very complex, and performing on it live takes a whole lot of planning and forethought if you want to do something compositional. It’s easy and fun to build a big Jam-o-rific soundscape on a single chord progression and improvise over it. But if you want to create something that feels like a song and actually goes somewhere you’ve really got to plan ahead.  In fact, here’s the “loop map” I wrote for the song in the video above:

As for the system, it’s built around Ableton Live running on a Macbook and the primary audio routing happens through an O1V mixing board. Here’s a schematic of the physical configuration:

(By the way, that’s not exactly what my percussion table looks like….yet!)

The O1V is where I route all the audio inputs since I can add EQ, compression, and effects on the way in.  I also use four channels of the O1V to mix the playback levels of the four looper channels.  I’ve got those four physical faders mapped to the looper volume faders in Ableton.

Here’s how I’ve got the mixer channels assigned:

In Ableton Live I’ve set up a template with four separate stereo loopers that can be managed independently of each other.  They can each have different bar lengths, and each can be stopped and started on their own. Plus the volumes of each looper can be controlled separately, which is nice for getting a good live blend as you play.

As I get Andromeda dialed in look for more videos and probably some live performances as well.  It’s going to be really fun to get Deb involved, having a singer and looped vocal parts.  Who knows?  Perhaps there’s a Dust & Daisies Mach II in the future.