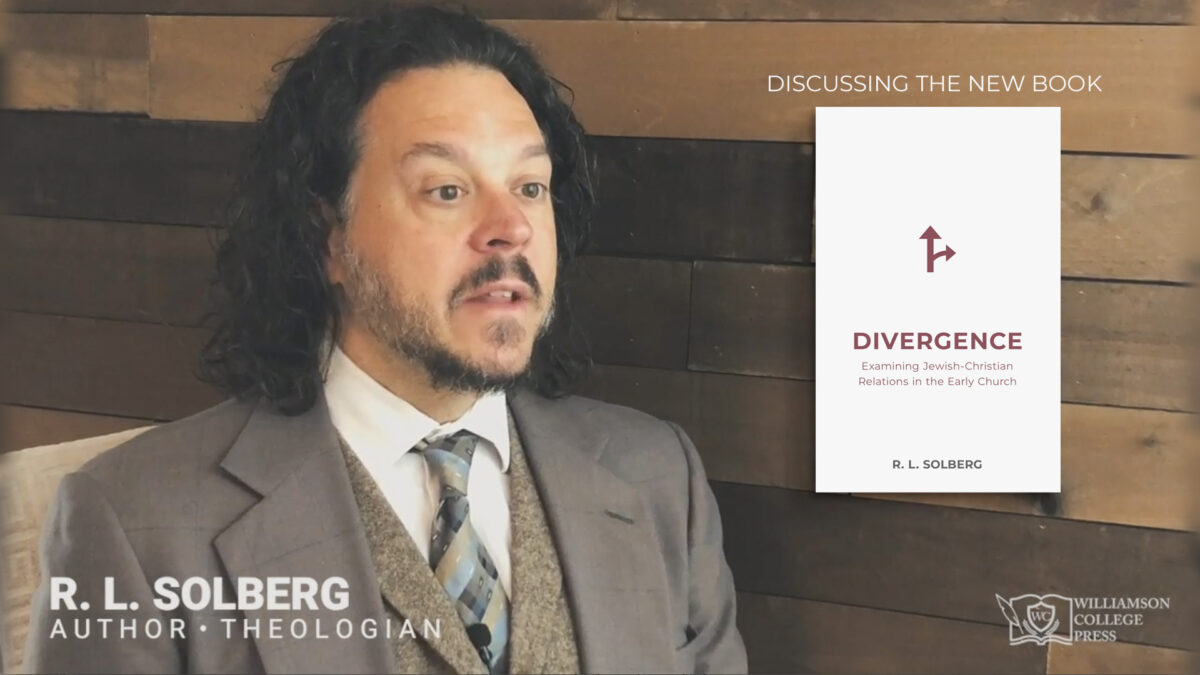 When I began the research that eventually turned into this book, I had no idea the world was about to witness another wave of anti-Semitism. It breaks my heart when any people group suffers hostility and prejudice at the hands of anyone else. I find it even more tragic when the people doing the hating are Christians, and the people being hated are Jews. Not all Christians harbor anti-Semitism, of course. But the problem is pervasive enough that I felt moved to do something about it. That is why I am donating every penny of profit from this book to a non-profit organization that fights anti-Semitism around the world. And I was thrilled when my publisher Williamson College said they wanted to join me in that effort.

There is a unique, complex historical relationship between Jews and Christians. Israel is a nation supernaturally called forth by God. The historical thread that began with Abraham sometime around 1,900 BC has evolved down through the centuries into a glorious, colorful tapestry. It continues to grow today, and we Christians have been woven in.

Christians can rightly view the Jewish people as our spiritual cousins. Indeed, the Gospel is a Jewish story. This is something the early Christian writers roundly affirmed.

Interestingly, anti-Semitism is not the main point of this book. My research was initially inspired by the apologetic work I do in defending biblical Christianity against the growing modern heresy known as Torahism. These are folks who profess faith in Jesus, and at the same time, teach that Christians are required to “keep Torah.” (You may have heard of the Hebrew Roots Movement or the Black Hebrew Israelites?) These groups believe we should be keeping all of the Old Testament Laws given to Israel, including the Saturday Sabbath, dietary restrictions, biblical feasts, and so on. At the root of Torahism is the idea that Christian theology was corrupted in the early centuries of the faith by rampant anti-Semitism. It is this foundational belief that I set out to investigate.

My goal was to understand the true nature of Jewish-Christian relations through the first three centuries of the faith. I chose this specific period of history because it is here that Torahism (among others) claims Christian theology was hopelessly corrupted. The Council of Nicaea in AD 325 is seen as a crystallizing event. It was there that the Church officially embraced the anti-Jewish attitudes of the early Christians. Right?

After studying scores of early writings and the work of modern Jewish and Christian scholars, I discovered things weren’t nearly as black-and-white as we think. The relationship between Jews and early Christians was complex and nuanced. As Jewish scholar Daniel Boyarin points out in the preface to his book Borderlines, “The affiliation between what we call Judaism and what we call Christianity is much more complex than most scholars, let alone most lay folk, imagine” (p. xi). The two groups were entwined by a shared history, common sacred texts, and a conjoined theology. They were each trying to work out what this whole Jesus thing meant. And they were fumbling for solid footing amid ever-shifting political and cultural sands.

I discovered that anti-Jewish sentiment absolutely did exist in early Christianity, but it wasn’t what our modern minds would expect. The clashes were chiefly based on issues of theology, not race. In fact, racial theory in antiquity was markedly different from today, which had to be figured into my findings. In addition, during these early centuries, Jewish-Christian tensions were more of a two-street than we realize.

In the end, I was both enlightened and encouraged by my research into the formative centuries of our faith. And I pray you find a little of each in my new book, as well.