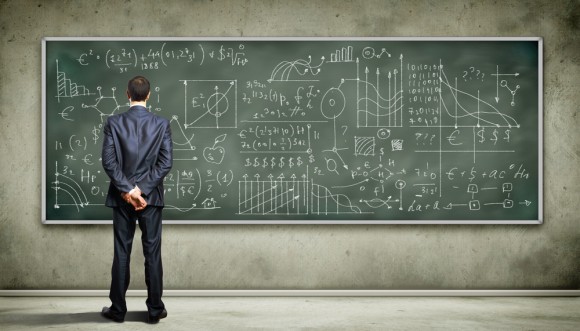 The Problem of Omniscience

This is the last in a series of articles addressing Irish writer Michael Nugent’s “twenty reasons why God seems implausible,” as he explained them in a debate with Dr. William Lane Craig in March of this year. During Mr. Nugent’s opening remarks he listed twenty or so reasons in rapid-fire succession, each leading into the next, and I felt that, cumulatively, they built a pretty strong case for his position. This article addresses the points from that list that dealt with God and the problem of omniscience.

Reason 15: If this god is all-knowing then it knows the taste of strawberry yogurt. But if it doesn’t have a body or sense then how can it know the taste of anything?

This is a cute point, so I’ll start off with a cute response: Christianity teaches that God is all-knowing, not all-tasting. On a more serious note, this objection highlights one of Nugent’s misconceptions about God. As is common among atheists, and at times many Christians (including me!) he has adopted a bounded, small, anthropomorphic concept of God that bears little resemblance to the true infinite God of Christianity.

When Christians talk about God’s omniscience (or any of His attributes, for that matter) we are not simply talking about man magnified. We believe God is holy. The Hebrew word for holy is קָדוֹשׁ (kadosh), which means “apartness, sacredness.” We believe God’s knowledge is holy; it is separate and different from our knowledge. The infinite Creator God possesses knowledge in an entirely different way than we finite creatures do.

Reason 16: And if you respond to that (the 15th reason) by saying what it (God) knows is the truth of propositions then it is not all-knowing, it is less than all-knowing.

If I’m following correctly, Nugent is saying that the truth of propositions is only a subset of all possible things a mind can know, and therefore if the truth of propositions is the entire scope of God’s knowledge, God knows less than all things. If that’s the definition one uses for “all-knowing” we could perhaps grant Nugent’s point. But that’s not the Christian understanding of God’s omniscience. We subscribe to a more broad view that is both logically coherent and biblically accurate: God knows all that can be known. We can split hairs ad infinitum about what exactly can and can’t be known. But at the end of the day what Christianity teaches is that whatever can be known is known by God.

Reason 17: If this god is all-knowing, then it knows what we’re going to do in the future. Which means either we don’t have free will, or else the god has consciously created free agents that it knows will do evil.

Agreed. God has consciously created free agents that it knows will do evil. The reason for this, as explained in article #2 from this series, The Impossibility of a Changeless God, is that God’s highest value is love, not freedom from suffering or evil. Love is only possible when expressed voluntarily by free moral agents. Free moral agents necessarily have the power of choice. This means the possibility of those agents choosing evil over good must exist in any universe in which love can exist. Therefore, a universe in which suffering and evil do not exist is a universe in which love cannot exist. This means there are no logical or moral problems with an all-knowing God creating free agents that He knows will do evil. Especially since, as Christians believe, God can ultimately use even our evil choices for good.

“You planned evil against me; God planned it for good to bring about the present result—the survival of many people.”

The verse above exposes a side of God’s omniscience  that staggering in it’s implications; His knowledge so infinite it even includes the knowledge of what will be.  (See: Psalm 139)  That’s an astounding concept for our finite human minds to comprehend!  I recently heard an exchange on an episode of BBC’s Sherlock that I thought provided a small glimpse into the sort of knowledge God might have in order to know the future.

Sherlock Holmes: “Something’s coming.”
Mycroft Holmes: “Are you having a premonition, dear brother?”
Sherlock: “The world is woven from billions of lives, every strand crossing every other. What we call premonition is just movement of the web. If you could attenuate to every strand of quivering data the future would be entirely calculable; as inevitable as mathematics.”

That’s an interesting theory. Perhaps that is a way into an understanding of how God can know both what is and what will be.

Reason 18: If this god cares about humans on planet earth then at a minimum it could have given us all the same information and the same moral messages.

Here Nugent is implying a sense of injustice because, in his mind, all human beings were not given the same information or moral messages. But is that true? I submit that both the Bible and human history reveal evidence that just the opposite is true. Despite a vast range of differences across cultures, continents, and eras, mankind shares a common knowledge about God and a common set of morals. Scripture teaches that God can be known by any human being through nature (Ps 19:1-4; Rom 1:20). Christians also believe that God has given everyone the same moral messages, that all of mankind was created imago Dei, in the image of God.

“So, when Gentiles, who do not have the law, instinctively do what the law demands, they are a law to themselves even though they do not have the law. They show that the work of the law is written on their hearts. Their consciences confirm this. Their competing thoughts will either accuse or excuse them.”

History bears this out. For example, every major religion (and most atheists as well) subscribe to the golden rule.   In ancient Egypt, they had a proverb that said, “That which you hate to be done to you, do not do to another.” In ancient China, Confucius said, “Never impose on others what you would not choose for yourself.” This same concept appears in the ancient writings of India, Greece, Persia, Judaism (Lev 19:18), and Christianity.

Nugent might claim this similarity simply shows that Christianity co-opted earlier pagan beliefs. But as I’ve analyzed in some detail in an earlier article (The Pagan Roots of Christianity) this commonality is actually strong evidence of the existence of objective morality and the truth of Christianity. Christianity teaches that there is a divine awareness given to all men. (Ecc 3:11, John 1:9).  So if Christianity were true we would expect to find evidence of a common divine awareness running through human history, which we do. For example, the recurring dying-and-rising religious motif and the ideas of incarnation, death, and rebirth are all part of the transcendent theme we Christians believe to be at the very foundation of the universe. And throughout history, we see evidence of this common divine awareness among mankind.

“Men have differed as regards what people you ought to be unselfish to—whether it was only your own family, or your fellow countrymen, or everyone. But they have always agreed that you ought not to put yourself first. Selfishness has never been admired. Men have differed as to whether you should have one wife or four. But they have always agreed that you must not simply have any woman you liked.”

So I would turn the question back to Nugent and ask, “If God does not exist, why does mankind throughout history and across cultures share a common thread of objective morality?”

Because God’s omniscience is not merely man’s intelligence magnified, but rather He knows all that can be known; and because history reveals evidence that mankind throughout the ages has been given the same information and moral messages, I believe Nugent’s arguments regarding the problem of God’s omniscience fail to provide sufficient logical reasons to support his premise that the existence of God is implausible. Indeed, when taken as a whole, the evidence suggests just the opposite.