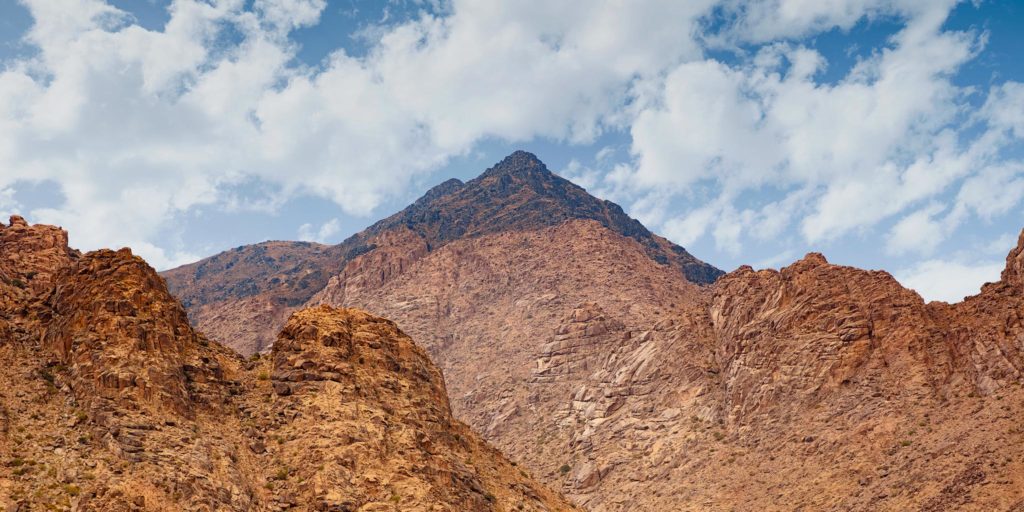 There are Gentle Christians today—people who profess faith in Jesus but aren’t of Jewish ethnicity or descent—who choose to do things like keep Shabbat and observe the kosher food laws and Jewish feasts. They do so because they believe God commands it of them. In their mind, these things aren’t merely Jewish traditions; they’re biblical commandments that apply to all Christians today.

This is the theology of Torahism, which teaches that Christians are required to “keep Torah,” aka obey the Law of Moses. You might know them as the Hebrew Roots Movement or Torah-keepers or Torah-observant Christians. As I’ve written about at length elsewhere, Torahism is unbiblical and can be dangerous. Let’s consider one area where “Torah-observant” Christianity gets it wrong: the relationship between Gentiles and the Law of Moses.

The Giving of the Law

Our Torahist friends are, of course, correct that things like keeping Shabbat and the kosher food laws are commandments of God given in the Bible. But what they misunderstand is who God gave these commandments to and under what conditions they were given.

After God rescued Israel out of slavery in Egypt (Exodus 12), he brought them to Mount Sinai, where He made a covenant or contract with them (Exodus 19 ff.). The covenant wasn’t made with the entire world. It was between God and the nation of Israel. Let’s look at how that covenant was introduced. Exodus 19 tells us that the people of Israel camped out at the foot of the mountain…

…while Moses went up to God. The Lord called to him out of the mountain, saying, “Thus you shall say to the house of Jacob, and tell the people of Israel: ‘You yourselves have seen what I did to the Egyptians, and how I bore you on eagles’ wings and brought you to myself. Now therefore, if you will indeed obey my voice and keep my covenant, you shall be my treasured possession among all peoples, for all the earth is mine; and you shall be to me a kingdom of priests and a holy nation.’ These are the words that you shall speak to the people of Israel.

This passage reveals three facts relevant to our study. First, God was not giving Moses a message for the whole world. His words were explicitly addressed to “the house of Jacob” and “the people of Israel,” the nation He rescued out of slavery in Egypt. Second, God was establishing a conditional covenant with the Jewish people. He said, “If you will indeed obey my voice and keep my covenant.” The covenant was dependent on Israel’s obedience. And third, if she was obedient, God promised that Israel would be His “treasured possession among all peoples.” In other words, among all the nations of the earth, Israel would be His special people. King David acknowledged this unique position when he asked the Lord:

Here we see a biblical view of the world divided into two groups. There are the Jews (aka Hebrews)—which refers to the nation of Israel as descended from Abraham. And then there is everyone else—the Goyim (Gentiles), the non-Jews, all the other nations. The covenant God made at Sinai was specifically and exclusively with the people of Israel. If she were obedient, God would set her apart from the nations around her. And in the subsequent chapters of Exodus, He describes what it means for Israel to be obedient.

God gave a set of laws, starting with the Ten Commandments, that we refer to today collectively as the Law of Moses. These laws served as the terms of the Sinai Covenant. The Gentile nations around Israel were not part of the covenant and, thus, not under these laws. God did not command the Egyptians to be circumcised. He didn’t expect the Babylonians to keep the Sabbath holy. He didn’t require the Assyrians to observe kosher food laws. His commandments were given explicitly to Israel. The only exception was when a Gentile foreigner chose to live with Israel. In that case, the Gentile was expected to keep the Law of Moses in the same way an American living in Japan is required to obey the laws of Japan. (And even then, the Law of Moses wasn’t applied to the Gentile in the same way. But I digress.)

Fifteen centuries later, the question about whether Gentile believers in Jesus were obligated to keep the Law was asked and answered at the Jerusalem Council. This was a meeting held in Jerusalem in AD 50, about 20 years after Jesus’ resurrection. (It is recorded for us in Acts 15:1-29.) It was there that Peter, Paul, Barnabas, James, and the other elders—with the endorsement of the Holy Spirit—determined that, under the New Covenant, Gentile believers were not required to be circumcised or keep the Law of Moses. They were not commanded to keep Shabbat, the feasts, the kosher food laws, the purity laws, or any other civil or ceremonial observances. Instead, they were given just four restrictions intended to foster unity with their Jewish brothers and sisters in Christ.

Once given, the Law of Moses became the heartbeat of Jewish culture. This lasted for 1,500 years until Jesus established the New Covenant. And under the New Covenant, many things changed. The definition of the “people of God” was expanded to include both Jews and Gentiles (Gal 3:28-29, Eph 2:11-16). The Sinai Covenant became obsolete (Heb 8:13). And the Law of Moses ceased to be binding on God’s people, Jew or Gentile. We see these changes taught in several places in the New Testament. For example, in Galatians, the apostle Paul writes:

The law was our guardian until Christ came, in order that we might be justified by faith. But now that faith has come, we are no longer under a guardian, for in Christ Jesus you are all sons of God, through faith.

Paul teaches now that Christ has come, we are no longer under the Law. This teaching is primarily aimed at Jewish believers because, as we’ve seen, Gentiles weren’t under the Law of Moses. The Law wasn’t given as a guardian for the Gentiles but for the Jews. And now that Jesus has come, we are no longer under that guardian. Paul further teaches that the “people of God” are no longer defined by their Jewish ethnicity. Rather we “are all sons of God, through faith” (v. 25). He then expounds on this teaching:

For as many of you as were baptized into Christ have put on Christ. There is neither Jew nor Greek, there is neither slave nor free, there is no male and female, for you are all one in Christ Jesus. And if you are Christ’s, then you are Abraham’s offspring, heirs according to promise.

This would have been quite a shocking pronouncement to Paul’s first-century Jewish audience, who were literally Abraham’s offspring and heirs of the promise God gave him. Under the New Covenant, the identity of “Abraham’s offspring” was expanded to include anyone who has placed their faith in Jesus; Jew or Gentile, man or woman, slave or free.

What about the commandments today?

The Law of Moses given to Israel under the Sinai Covenant is no longer in effect. But that doesn’t mean Christians today are lawless. Scripture tells us that under the New Covenant, the law is written on our hearts (Jer 31:31-34; Ez 37:26; 2 Cor 3:2-3; Heb 8:10, 10:16). Moreover, the moral and spiritual commandments given under the Law of Moses are repeated, taught, and endorsed under the New Covenant. However, the laws given to separate Israel from the Gentile nations, are not. For example, Paul teaches:

Therefore let no one pass judgment on you in questions of food and drink, or with regard to a festival or a new moon or a Sabbath. These are a shadow of the things to come, but the substance belongs to Chris.

And Jesus taught that the laws about unclean food no longer apply. After clashing with the Pharisees on the issue, he turned to His disciplines…

And he said to them, “Then are you also without understanding? Do you not see that whatever goes into a person from outside cannot defile him, since it enters not his heart but his stomach, and is expelled?” (Thus he declared all foods clean.)

For Jewish believers in Jesus, many of these observances understandably continued as important, even sacred, traditions. And it makes sense that Jewish believers would want to maintain them. These rituals are part of their ethnic DNA, their cultural identity as Jewish people. And they were not forbidden; they only ceased to be obligatory. Thus, what was initially given as law continued under the New Covenant as tradition. And we are free in Christ to observe such traditions. Provided, of course, they are undertaken as a matter of personal preference/conscience rather than a requirement of salvation or a condition of obedience.

When it comes to Gentiles who want to be “Torah observant,” things can start to get a little strange, in my opinion. I understand the motivation for Gentiles who want to adopt the Mosaic traditions. These are the rituals Jesus kept. However, an important distinction is often overlooked by our Torahist friends. Jesus was Jewish. Therefore, unlike we Gentiles, He was under the Law of Moses. “But when the set time had fully come, God sent his Son, born of a woman, born under the law, to redeem those under the law, that we might receive adoption to sonship” (Gal 4:4-5). In fact, Jesus was the only person to ever obey that Law perfectly (2 Cor 5:21; Heb 4:15; 1 Pet 1:19, 2:22; 1 John 3:5).

Biblically speaking, Gentiles are free in Christ to observe whatever Jewish traditions they want. I’ve attended a Passover Seder and a couple of Sabbath services at a local Messianic synagogue, and I loved it. I learned a lot and was blessed by the experiences. But adopting the Jewish traditions and food laws as a regular part of a Gentile’s practice of their Christian faith is not necessary. And the danger in Torah-observant Christianity is the belief that these traditions are required of all Christians. Torahists often look down on Christians who choose not to keep those traditions, considering them “lawless” and “walking in sin.” But the bottom line is this: if you’re not Jewish, the Law of Moses has never applied to you.

31 thoughts on “Gentiles and the Law”