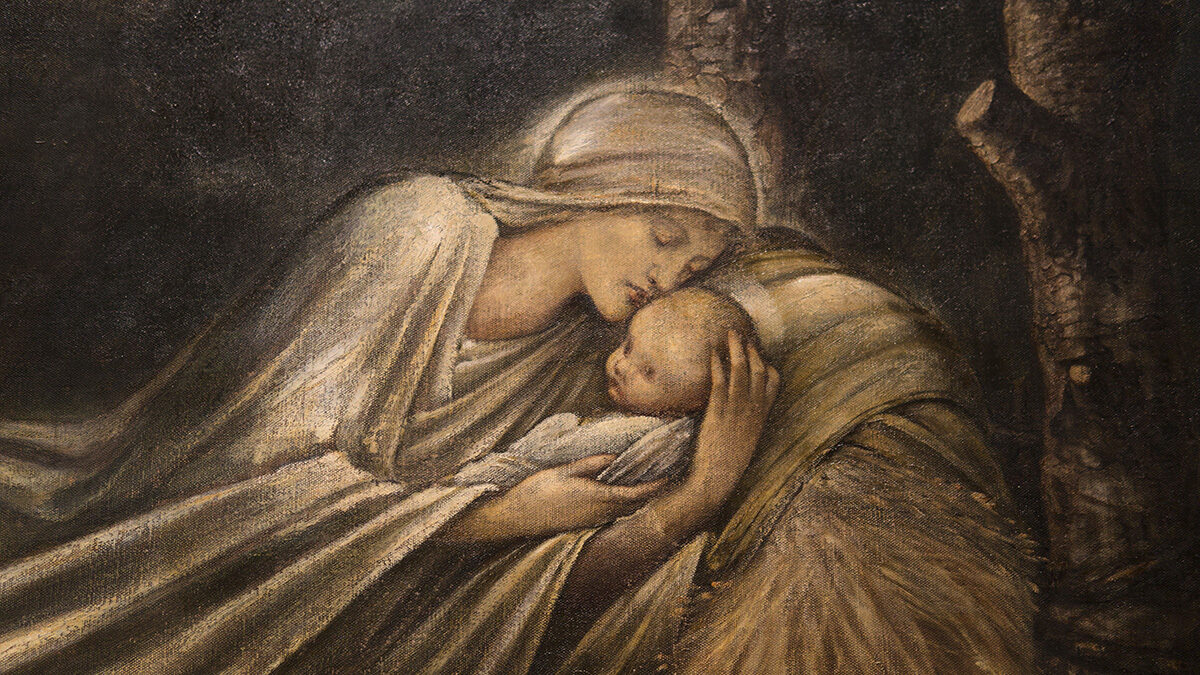 ‘Tis the season for the ba-humbugs and curmudgeons to start making a fuss. And I admit I can be a bit of a grinch myself sometimes. Especially when stores put up Christmas decorations even before Halloween, which I saw this year! On top of that, I hate to see the commercialization and secularization of a season that should be focused on remembering and celebrating the birth of Jesus Christ. But today I want to look at a different kind of Christmas grinch. And if the timeline on your socials looks anything like mine, you’re already starting to see messages from them. I’m talking about those who rail against the idea of Christians celebrating Christmas at all.

There are two schools of thought on why Christians should not celebrate Christmas. The first says celebrating Christmas is wrong because it’s a man-made holiday not found in the Bible. The second objection is that Christmas is a pagan holiday, or at least has pagan roots. Many groups hold these beliefs, including Seventh-Day Adventists, Jehovah’s Witnesses, and those who practice Torahism, which is the belief that Christians are required to keep the law of Moses. (You might know this theology as Hebrew Roots or Torah-observant Christianity). None of these groups celebrate Christmas. And we are going to take some time to openly and honestly examine why.

But before we do, let me offer a warning to those of us who follow Jesus. We live in an era of two very different Christmases. One is based on the birth of Christ, and it honors and remembers what God did in history. And as we examine the two objections to Christians celebrating Christmas, this is the version I’ll defend. The other version is a sort of feel-good warm-and-fuzzy cultural tradition. It’s secularized and commercialized, and it’s where the bigger danger lies. The secular version of Christmas completely misses the mind-blowing truth that the infinite living God—who created the universe and life itself—chose to enter His finite world as a human being and walk among us. Why would He do something like that?

There has never been a gift offered that makes you swallow your pride to the depths that the gift of Jesus Christ requires us to do. Christmas means that we are so lost, so unable to save ourselves that nothing less than the death of the Son of God himself could save us.

None of us can pull ourselves together and live a life that is moral enough or good enough to put us in right standing with a perfect, holy God. So Jesus came to reconcile us to the Father. That’s what Christmas is all about. It’s not a quaint myth. The Christian celebration of Christmas commemorates an actual historical event that restored hope to the human race. “For God so loved the world that he gave his one and only son that whoever believes in him shall not perish but have eternal life” (John 3:16). And while Christmas may or may not have pagan roots (we’ll look at that in a minute!), it will undoubtedly have a pagan future if we Christians lose sight of what it’s all about.

So let’s look at these two common objections to celebrating Christmas. We’ll start with the easy one.

Christmas is a Manmade Holiday

One of the objections against celebrating Christmas is that it is a man-made holiday. The argument is that celebrating Christmas is wrong because it is not mentioned in the Bible and is not a feast or a festival mandated by God. This is a common Hebrew Roots objection. And it’s true that Christmas is not mentioned in Scripture. To which I, as a trained theologian, would reply, “Yeah? So?!” The Bible does not command anywhere that we are only allowed to celebrate the festivals that God gave Israel in the Torah. (Ironically, that is a man-made rule not found in Scripture.)

And did you know Jesus celebrated a man-made holiday? In John 10:22-23, Jesus was in Jerusalem for the Festival of Dedication, the holiday we know today as Hanukkah. And guess what? Hanukkah is a man-made holiday. It is not found in the Torah and wasn’t given by God. And yet Jesus observed it. This tells us there is nothing inherently wrong with celebrating man-made holidays. Especially Christmas, which was specifically created to remember and commemorate the birth of our Savior, Jesus.

Christmas is a Pagan Holiday

Others object to Christians celebrating Christmas because they mistakenly believe it is a modern version of an ancient pagan holiday. They claim that at some point in history, the pagan winter solstice morphed into the celebration we know today as Christmas. And we should not be bringing pagan things into Christian worship. Let me offer two thoughts here.

First, did you know Solomon used materials and labor from the pagan nations around him when he built the first temple (1 Kings 5)? Why would God allow such a thing? Because “The earth is the Lord’s and everything in it” (Psalm 24:1). The truth is that “pagan” things have no power of their own. Anything can be commandeered and used to bring glory to God. So, although Solomon’s temple was built with the beautiful cedar wood of Lebanon, and with the help of the laborers and craftsmen from Tyre and Sidon, its purpose was to worship the God of Israel.

Likewise, while trees may be worshiped by pagans, Christians merely use them as a seasonal decoration in their celebration of the God of Israel coming to earth as a human being and walking among us. It’s not the thing that has power, as Isaiah so insightfully teaches in a passage about the folly of idolatry. In Isaiah 44:9-20, the prophet points out that pagans use the wood from one tree to keep them warm and cook their food, and the same wood is also fashioned into an idol that can’t see, hear, or understand. “Shall I bow down to a block of wood?” he asks (v. 19).

What we worship is what we set our hearts and minds on. It’s not the object—the tree, the wreath, the candles, the ornaments—that dictates what is being worshipped. What matters is the purpose for which those things are used. And if they are used as cultural decorations in the remembering of the birth of Christ and the celebrating of the incarnation of God of Israel, then it is Jesus who is being worshipped, not the tree.

Secondly, let me ask you this. Do pagans now, or have they ever celebrated the birth of Jesus? No, of course not. They’re pagans! They neither believe in Jesus nor worship the creator God of the Bible. You will not find Christmas on their holiday calendar. Pagan worship is centered on God’s creation, not God. And there is no ancient pagan celebration or ritual or winter solstice that eventually morphed into the celebration of the birth of Jesus Christ. Because Christmas isn’t a pagan holiday.

Ah, but is Christmas a holiday with pagan roots? Pagans do have a winter solstice holiday. It falls on December 21st, the shortest day of the year. And it’s known in many places as Yule, one of the world’s oldest winter celebrations. In antiquity, the seasons and the weather played a significant role in people’s lives. Because of this, many people revered and even worshipped nature, the weather, and the sun. The ancient Norse people viewed the sun as a wheel that changed the seasons. And the ancient Romans held a festival called Saturnalia to celebrate the rebirth of the year. It was a holiday that grew out of agricultural rituals. The idea was to offer gifts and sacrifices to the gods during the winter sowing season in the hope they would provide a plentiful harvest in the new year.

And this is where our Torah-keeping friends say, “Exactly! During Saturnalia Romans would sing songs, have feasts, socialize, and give each other gifts. Sounds a lot like modern Christmas, doesn’t it?” So—the argument goes—Saturnalia is the root of our modern Christmas customs.

We have to admit that the typical Christmas celebration today includes singing songs, giving each other gifts, sharing big meals, lighting candles, and so on. But so does a birthday party. And a graduation party. And weddings, bar mitzvahs, and retirement parties. These are all common social traditions, not pagan rituals in and of themselves. And their similarity to Christmas is superficial. The question we should be asking is, what are the religious or theological similarities between pagan winter celebrations and the Christian observance of Christmas? And there we find deep, fundamental differences. Let’s take a look.

The Christian observance of Christmas has no religious resemblance or connection to pagan winter celebrations. These are two different animals.

Further, it’s not as if the historical roots of Christmas were lost in the mists of time and we’re not quite sure how it stared. We know that Christmas wasn’t a holiday that morphed out of something else over time because it was a celebration intentionally started by the Church. It was initially called the Feast of the Nativity, and from the beginning, it was a celebration of the birth of Christ, our savior. Some of the earliest traditions included cutting a branch from a tree and bringing it into the home to symbolize Jesus entering our lives. Believers would greet one another saying, “Christ is born!” And the response was, “Glorify Him!” And the Christians who celebrated the Feast of the Nativity openly rejected Saturn, Mithra, and the rest of the pagan gods. So the historical motivation for the feast of the nativity was actually anti-pagan. That’s where Christmas came from.

Why, then, is Christmas celebrated during the winter solstice time of year? Legend says that Pope Julius I chose the date of December 25th to capitalize on the existing traditions of those pagan winter festivals. The theory was that by holding the Feast of the Nativity at the same time as the winter festivals, the chances would be greater that Christmas­—the celebration of the birth of the Savior—would be widely embraced by the people. And if that was the plan, I’d say it worked pretty well! So even if we said Christmas did morph out of an earlier pagan celebration, it has been commandeered and taken captive for the glory of Christ.

While Christmas and the pagan winter celebrations may contain some superficial similarities regarding social customs, they are fundamentally and profoundly different observances. In fact, they are opposed to one another in their purposes. Think about the essence of the Christian Christmas celebration: The story of the birth of Christ is read aloud from Holy Scripture, the creator God of the Bible is glorified through the singing of hymns, prayers are offered to Him, and the Gospel of Jesus is preached. This God-honoring observance would make any pagan squirm in their seat!

The bottom line is this. What we fix our minds and hearts on is what we worship. And if our hearts and minds are focused on the birth of Christ and the incredible lengths that God went to in order to save his people—which is what the Christmas story is all about—we are certainly not participating in pagan rituals.

2 thoughts on “Should Christians Celebrate Christmas?”